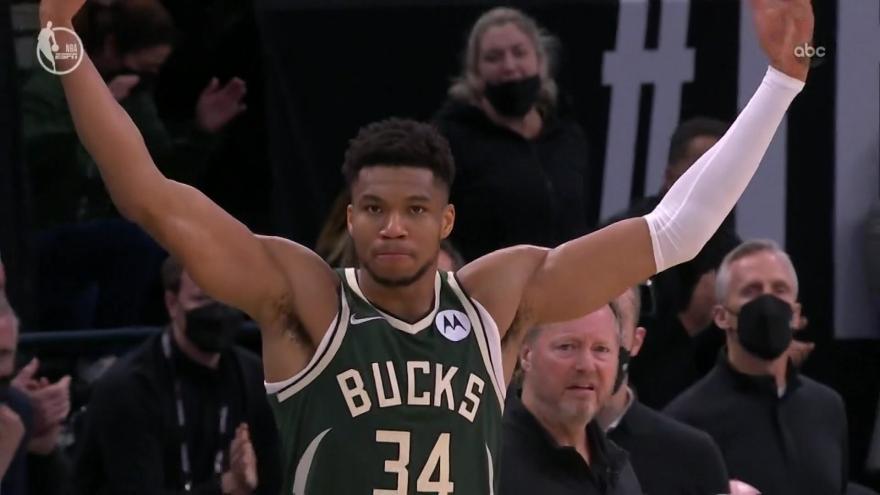 The Bucks say in his ninth NBA season, Antetokounmpo averaged a career-high 29.9 points per game, which ranked second in the league and was the highest scoring season by a Buck since Abdul-Jabbar averaged 30.0 ppg in 1974-75.

In addition to earning First Team honors each of the past four seasons, Antetokounmpo was also named to the All-NBA Second Team following both the 2016-17 and 2017-18 seasons. His six consecutive selections are the second-longest active streak in the NBA behind only LeBron James’ streak of 18 consecutive selections.

Denver's Jokic and Dallas' Doncic each received 88 First Team votes and 476 points. Doncic joined Tim Duncan, Kevin Durant and Max Zaslofsky as the only players to make the First Team three or more times before turning 24, while Phoenix's Booker and Boston's Tatum both were first-time selections to the First Team.