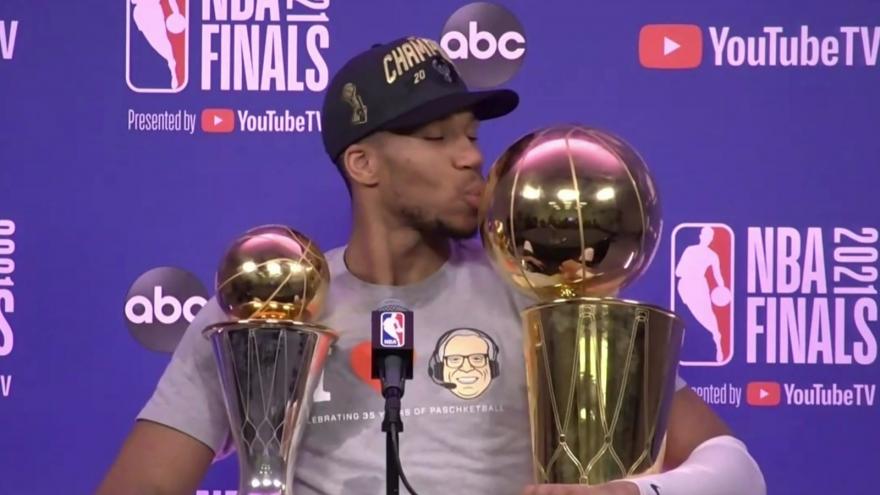 ATHENS, Greece (AP) — Giannis Antetokounmpo definitely had something to declare on his triumphant return to Greece.

The NBA star carried the Larry O’Brien trophy with him at Athens International Airport on Sunday and said he hopes to win more titles with the Milwaukee Bucks.

The 26-year-old “Greek Freak” sat next to the gleaming NBA championship trophy, along with his NBA Finals MVP award and older brother Thanasis Antetokounmpo, who also plays for the Bucks.

The Antetokounmpo brothers plan to return to Sepolia during their current trip to show the trophies to local kids. Sepolia is the Athens neighborhood where they grew up.