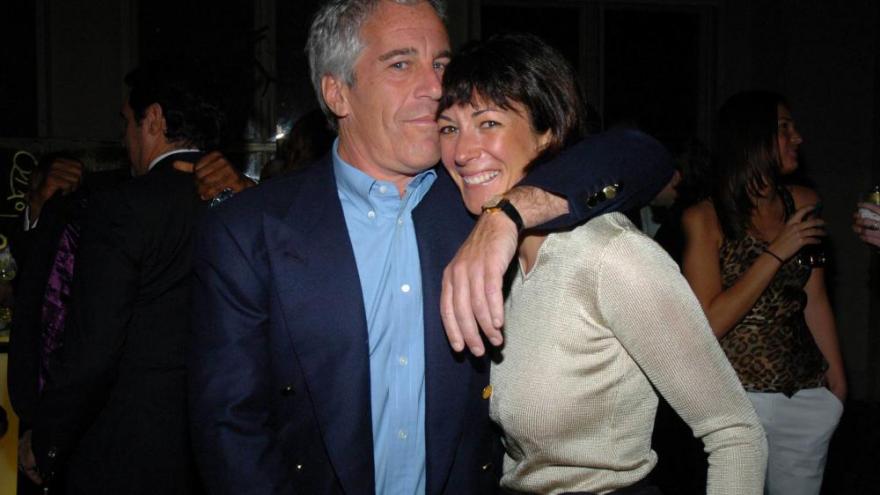 Ghislaine Maxwell (right) was arrested on July 2, 2020 in connection with the Jeffrey Epstein (left) investigation, according to a person familiar with the matter.

(CNN) -- Ghislaine Maxwell, the onetime girlfriend and alleged accomplice of accused sex-trafficker Jeffrey Epstein, was arrested Thursday morning and charged by federal prosecutors in New York for her alleged role in recruiting, grooming and sexually abusing underage girls as young as 14 as part of a years-long criminal enterprise.

Maxwell, 58, whose whereabouts were being tracked by federal agents, was taken into custody in New Hampshire without incident and charged with six criminal counts. The charges include enticement and conspiracy to entice minors to travel to engage in illegal sex acts, transportation and conspiracy to transport minors with intent to engage in criminal sexual activity and two counts of perjury, according to a federal indictment unsealed Thursday.

Between 1994 and 1997, according to the indictment, "Maxwell assisted, facilitated, and contributed to Jeffrey Epstein's abuse of minor girls by, among other things, helping Epstein to recruit, groom, and ultimately abuse victims known to Maxwell and Epstein to be under the age of 18."

Maxwell and deceased multimillionaire Epstein are accused of luring the girls to an array of residences, including his Upper East Side mansion, his Palm Beach estate, and his sprawling Santa Fe ranch, as well as London, England, where she has a home.

Maxwell was arrested in Bradford, New Hampshire, nearly a year after federal authorities in New York arrested Epstein as he returned to the United States on a private jet from Paris.

During a teleconference appearance in New Hampshire federal court, Maxwell waived her right to a detention hearing. The judge ordered her remanded to the custody of the US Marshals Service and said she will be transferred to New York for a detention hearing there.

An attorney for Maxwell, Lawrence Vogelman, declined to comment Thursday. Maxwell has previously denied wrongdoing, and in a deposition has called at least one of her accusers "a liar." She faces as many as 35 years in prison if convicted on the most serious charges.

Though Maxwell's whereabouts had been unclear—and the source of much speculation since Epstein's arrest last summer—FBI New York Assistant Director in Charge William Sweeney said during a news conference Thursday that authorities have "been discreetly keeping tabs" on her, adding that they pounced when they learned recently that she "slithered away to a gorgeous property in New Hampshire." The indictment was filed under seal on June 29.

In court documents asking a judge to order that Maxwell be detained pending trial, prosecutors said she had been "hiding out" in various locations around New England for the past year, changing her phone number and email address, and ordering packages under a different name to avoid detection. Prosecutors identified 15 different bank accounts associated with Maxwell that at times held as much as $20 million.

A British socialite who is the daughter of deceased newspaper tycoon Robert Maxwell, Ghislaine Maxwell has been a central focus of federal prosecutors' ongoing investigation of alleged co-conspirators of Epstein in the wake of his jailhouse death by suicide while awaiting trial in August 2019.

Prosecutors had charged him with having run a trafficking enterprise in which he paid hundreds of dollars in cash to girls as young as 14 to have sex with him at his Upper East Side home and his estate in Palm Beach, worked with employees and associates to lure the girls to his residences and paid some of his victims to recruit other girls for him to abuse.

Since Epstein's death, public pressure has mounted to hold those who assisted him -- perhaps including Maxwell and a coterie of young women who allegedly worked under her -- accountable not only for his actions, but also for their own roles. She and other women have been named in multiple lawsuits by women who said they were abused by Epstein.

During Thursday's news conference, Audrey Strauss, the Acting U.S. Attorney for the Southern District of New York, described the case against Maxwell as "the prequel to the earlier case that we brought against Jeffrey Epstein."

According to Thursday's indictment, Maxwell was the principal recruiter for victims of Epstein's sex trafficking ring. The indictment describes Maxwell's relationship with three victims, identified only as Minor Victim-1, Minor Victim-2 and Minor Victim-3.

Maxwell, along with Epstein, is accused by prosecutors of luring the young girls into their circle, inquiring about their schools and families, taking them to the movies or shopping. After developing a rapport with them, Maxwell would allegedly steer the relationship into sexual territory, talking to them about sexual topics or undressing in front of them, followed by encouraging them to give Epstein massages, during which the girls were fully or partially nude, the indictment says.

Those massages, some of which Maxwell participated in, sometimes turned sexual, according to the indictment, which says Maxwell was "present for and participated in the sexual abuse of minor victims." In the indictments of both Maxwell and Epstein, federal prosecutors described the abuse Epstein allegedly perpetrated during those encounters, which included touching a girl's genitals, using a sex toy on them or directing a girl to touch him while he masturbated.

Prosecutors may face a legal hurdle

The perjury charges in the indictment stem from a 2016 deposition of Maxwell conducted as part of civil litigation. As Strauss put it Thursday, "Maxwell lied because the truth, as alleged, was almost unspeakable."

Asked whether Epstein had a "scheme to recruit underage girls for sexual massages," she replied: "I don't know what you're talking about."

In charging Maxwell, however, federal prosecutors in New York may face a legal hurdle. In 2007, Epstein signed a non-prosecution agreement with federal prosecutors in Florida that appeared to immunize his accomplices. The document says that "the United States also agrees that it will not institute any criminal charges against any potential co-conspirators of Epstein, including but not limited to" four alleged accomplices. Maxwell isn't listed among them, but her lawyers may argue that she is covered by the phrase "but not limited to."

That deal allowed Epstein to plead guilty in 2008 to two state prostitution charges and serve just 13 months in a Florida state prison.

When Epstein himself was indicted, New York federal prosecutors said they believed the Florida agreement didn't restrict their office from prosecuting him, but his lawyers argued otherwise. Prosecutors hold the same belief in charging Maxwell and pursuing other potential accomplices as part of their ongoing investigation.

The developments Thursday brought relief for those who say they were victims of Epstein and Maxwell, but not a sense of closure. Attorney Spencer Kuvin, who represents six Epstein victims who have remained anonymous, said Maxwell's arrest "is hopefully just the beginning."

"We're hopeful that there will continue to be additional arrests with respect to other co-conspirators," he said.

Brad Edwards, an attorney who represents 55 alleged Epstein victims, said his clients were "relieved and happy that this day has finally come."

Still, many victims have spoken over the years about their disappointment with prosecutors' ability to properly punish Epstein and his alleged accomplices, citing his lenient 2007 plea deal and his capacity to escape trial by committing suicide. On Thursday, Strauss said her office is "sensitive" to the need to protect Maxwell and that prosecutors would have "a dialogue" with the Bureau of Prisons if she is detained pending trial.