'Get out, get out,' people on Houston plane were told as it crashed, passenger says 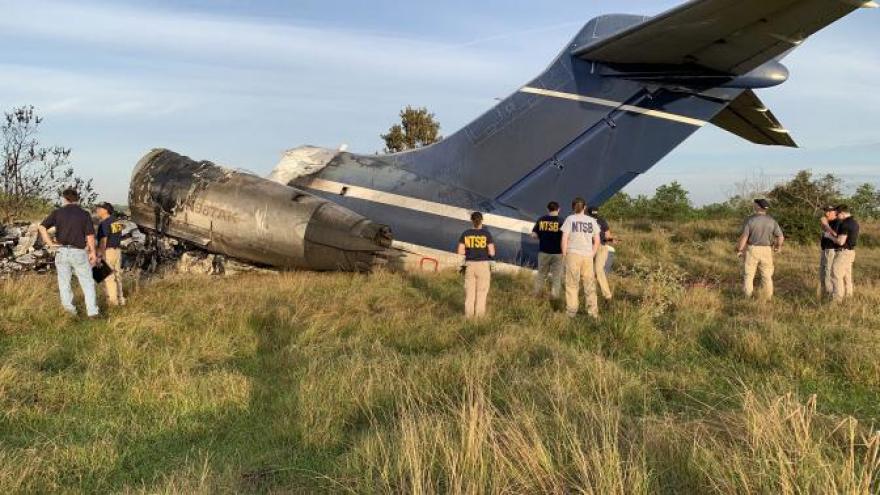 (CNN) -- One of the 21 people on a plane that crashed in Houston Tuesday was looking forward to "the trip of a lifetime," the passenger told CNN affiliate KHOU.

But the plane, carrying Houston Astros fans to their team's game against the Red Sox in Boston, never gained altitude at takeoff and crashed into a fence before bursting into flames.

"Going down the runway, and it just all the sudden they slammed on the brakes," the passenger, who didn't want to be named, told KHOU.

"Things were flying around and when it finally came to a stop, they just said 'Get out, get out' because we thought it was going to explode," the man said. "It was already on fire before we got out of it!"

Miraculously, there were no major injuries among the crew and passengers. The emergency slides deployed, and passengers were able to slide down to safety.

"Any time you have a plane that doesn't make a landing on a runway like it should, we're always expecting the worst but hoping for the best, and today we absolutely, positively got the best outcome we can hope for on this," Gibson said.

James Kent, the owner of MD-87, was on board the flight, according to Kent's aviation counsel and spokesperson, David Norton.

Kent is shaken up and not giving interviews for now, Norton said.

Two people were transported to a hospital with minor injuries, local officials said.

The cause of the crash hasn't been determined. National Transportation Safety Board investigators arrived at the site on Wednesday morning, the NTSB Newsroom tweeted, and a board member will hold a news briefing in the afternoon.

Norton said his team is cooperating with Federal Aviation Administration (FAA) and the NTSB.

"The information we have at this time indicates that the plane did not attain altitude at the end of the runway and went across Morton Road, coming to a rest in the field just north of the airport, where it caught on fire," Waller County Judge Trey Duhon reported via Facebook.

The plane traveled about 500 feet on the runaway before the crash, Texas Department of Public Safety spokesman Sgt. Stephen Woodard said.

The MD-87 "rolled through a fence and caught fire in a field" just after 10 a.m. while attempting to depart, the FAA said in a statement.

One passenger had respiratory issues, according to Woodard. Another reported back pain, Duhon said.