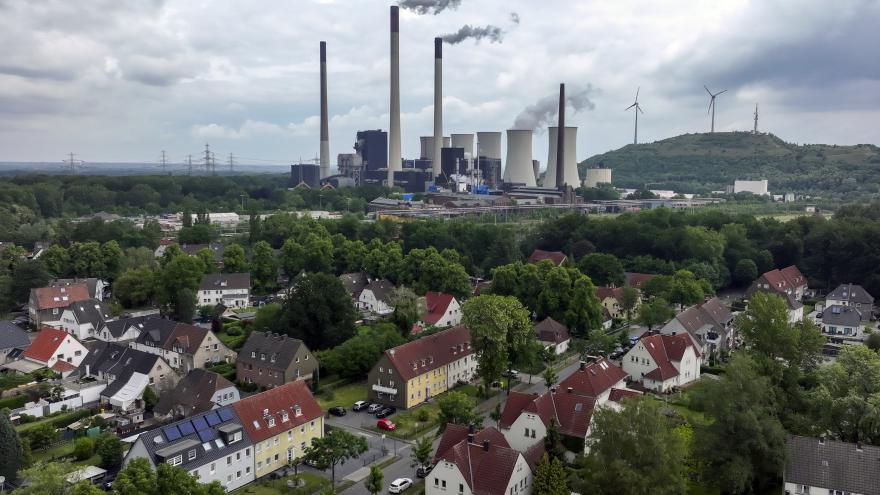 "The situation is serious," Habeck said in a statement. "We are therefore continuing to strengthen precautions and taking additional measures to reduce gas consumption. This means that gas consumption must fall further, but more gas must be put into the storage facilities, otherwise things will really get tight in winter."

Germany is heavily reliant on Moscow's gas to power its homes and heavy industry, but has managed to whittle Moscow's share of its imports down to 35% from 55% before the start of the war in Ukraine.

Habeck said security of supply was currently guaranteed in spite of a "worsened situation on the gas market" in recent days. Soaring prices were "(Russian President Vladimir) Putin's strategy to unsettle us, drive up prices and divide us," Habeck said.

"We will not allow that. We are fighting back decisively, precisely and thoughtfully," he said.

Despite Germany's plans to exit coal-fueled energy production, Habeck, who is a Green Party politician in the center-left ruling coalition, announced a return to "coal-fired power plants for a transitional period" in order to reduce gas consumption for electricity production.

"We are setting up a gas substitute reserve on call. "That's bitter, but it's almost necessary in this situation to reduce gas consumption," Habeck said.

Habeck's ministry is preparing a "gas auction model is to be launched this summer to incentivize industrial gas consumers to save gas," according to the press release. Industry was a key factor to reduce gas consumption, Habeck said.

In March, German lawmakers passed a gas storage act stipulating gas storage facilities must be almost completely full at the start of the heating period in order to get through the winter safely.

"Filling levels have been specified for this purpose: By October 1, the storage facilities must be 80% full, by November 1, 90%, and on February 1, still 40%," according to the law.

Currently at about 56%, gas storage tanks are filled to an above-average level in Germany compared with previous years in spite of storage levels having been at an all-time low at the beginning of the year.

"We must and we will do everything we can to store as much gas as possible in the summer and fall. The gas storage facilities must be full towards the winter. That is the top priority," Habeck said.

In March, Putin threatened to cut gas deliveries to "unfriendly" countries that refused to pay in rubles, rather than the euros or dollars stated in contracts.

Since then, the Russian state energy giant Gazprom has offered customers a solution. Buyers could make euro or dollar payments into an account at Russia's Gazprombank, which would then convert the funds into rubles and transfer them to a second account from which the payment to Russia would be made.

But many European companies, including Shell Energy, have refused to comply, prompting Gazprom to shut off its natural gas supplies to Shell's German customers in June.

Siemens had taken the turbines to one of its Canadian factories for maintenance. It said in a statement on Tuesday that it was "impossible" to return the equipment to Russia because of sanctions Canada had imposed on the country over its invasion of Ukraine.

In response to Gazprom's move, Habeck said the justification for announcing further gas supply cuts to Europe was a "pretext" and a strategy to increase prices.