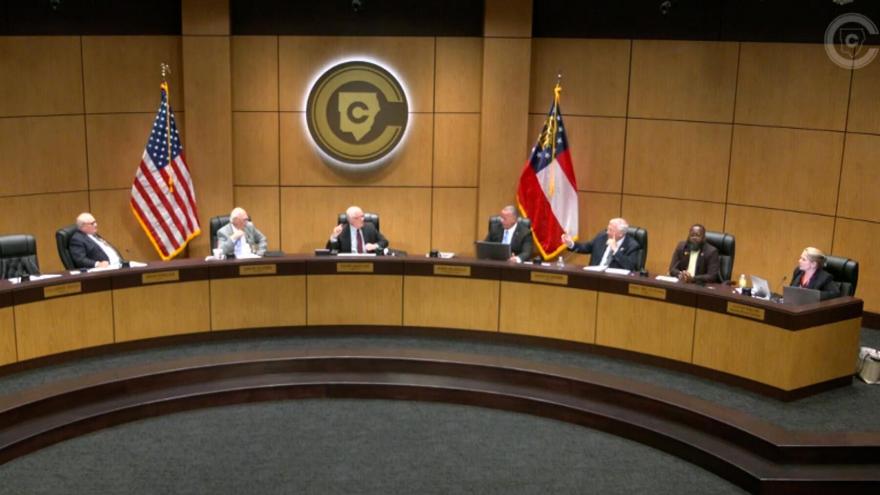 The Cobb County School District in Georgia approved a new enhanced security policy that allows some school employees to be armed.

(CNN) -- A Georgia school district approved a policy Thursday that allows some employees to carry weapons in schools, excluding teachers and staff who supervise classrooms.

The Cobb County Board of Education voted 4-2 to pass the measure intended to improve security in Georgia's second-largest school district.

"This policy gives us other opportunities to enhance and increase the number of school resource officers in our district," Superintendent Chris Ragsdale said during the district's board meeting.

Ragsdale emphasized he doesn't support arming teachers: "I have said from the start: I am not in favor, nor do I support, arming teachers in the classroom."

The measure comes weeks after a gunman opened fire in May at a Uvalde, Texas, elementary school, killing 19 students and two teachers in the most deadly US school shooting in nearly a decade. The massacre has reignited debate over US gun laws and how schools could be safer.

While "federal law prohibits guns on K-12 campuses generally ... many states allow schools to grant individualized permission to permit holders to carry," according to the Giffords Law Center to Prevent Gun Violence.

Under the new policy in Cobb County, employees who aren't teachers can volunteer to carry weapons on school grounds. No one risks termination or retaliation for refusing, the policy states.

Employees who choose to carry a weapon must be trained before being authorized by the school district superintendent to do so on school grounds, the police states. Training includes pistol shooting, marksmanship and review of current laws on the use of force for self-defense or others, it says.

Further, armed staff must be licensed under state law to carry a firearm and should pass annual criminal background checks, it states.

Carrying weapons will be permitted on school grounds or at school-sponsored functions. Concealed carry is allowed if the weapon is on the person and not in a purse, briefcase or bag.

The Cobb County School District serves nearly 107,000 students in 112 schools, according to the district's website.