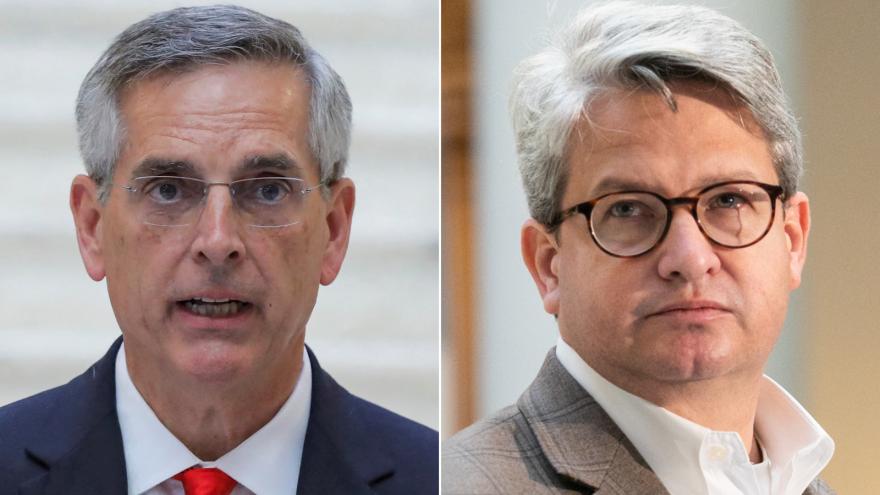 (CNN) -- Georgia Secretary of State Brad Raffensperger and his deputy Gabe Sterling will testify publicly at the next hearing held by the House select committee investigating the January 6, 2021, riot at the US Capitol, multiple sources familiar with the plans tells CNN.

The hearing, scheduled for Tuesday will focus on how former President Donald Trump and his allies pressured officials in key battleground states as they sought to overturn the 2020 presidential election, multiple sources said.

Democratic Rep. Adam Schiff of California, a member of the committee, is expected to play a leading role in Tuesday's hearing.

CNN previously reported that Raffensperger and Sterling were expected to testify publicly at one of the committee's hearings this month.

Raffensperger's profile grew after the 2020 election when he resisted Trump's efforts to pressure him to "find" the votes necessary for the then-President to win Georgia in an infamous January 2021 phone call.

The Georgia Republican has already spoken privately with the committee about his experience in addition to testifying before a special grand jury in a criminal probe into Trump's efforts to overturn the 2020 election results in the Peach State.

CNN has reached out to the January 6 committee for comment. A spokesperson for the Georgia secretary of state's office did not respond to CNN's request for comment.

Trump responded to the committee's investigation in public remarks Friday to a crowd at the Faith and Freedom Coalition's annual Road to Majority conference in Nashville.

In a speech lasting more than 90 minutes, Trump revealed just how closely he has been following the public hearings that began airing last week, which featured damning comments from former aides and allies. Without evidence, Trump accused the committee of "doctoring" video testimony.

"Meanwhile, the committee refuses to play any of the tapes of people saying good things," Trump said, adding later, "They refuse to release the full video or transcripts because we have so many beautiful statements."

Trump lashed out at the bipartisan committee, likening lawmakers on the panel to "con artists" and directly denying one aide's sworn testimony revealed during a public hearing this week that he had called then-Vice President Mike Pence a "wimp" for refusing to block congressional certification of the 2020 election.