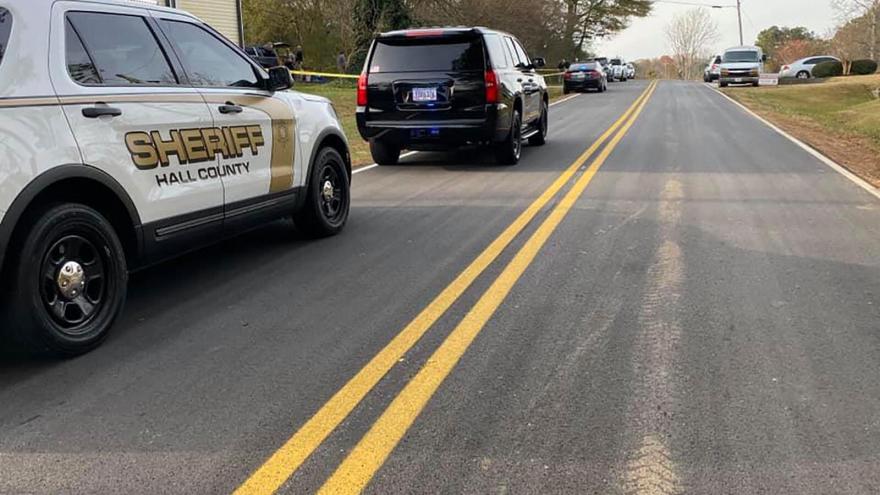 (CNN) -- A Gainesville, Georgia, mother is facing murder charges after, investigators say, she fatally stabbed her 5- and 6-year-old children before turning the knife on herself.

Authorities announced Saturday evening that it had notified the siblings' next of kin, and that Jaramillo-Hernandez would be charged.

Police received a Friday afternoon 911 call about a woman who had cut herself. When they arrived at her home east of Gainesville, about an hour's drive north of Atlanta, deputies found the injured mother, along with the bodies of Mateo Miranda Jaramillo, 5, and Katherine Miranda Jaramillo, 6.

The investigation, which is in its preliminary stages, indicates "Jaramillo-Hernandez killed the children with a knife and then turned the knife on herself, resulting in serious injuries," the sheriff's office said.

The mother was transported to a medical center. She will be formally charged after doctors finish treating her injuries, the sheriff's office said Saturday night. It was not immediately clear if Jaramillo-Hernandez has an attorney. CNN has reached out to the sheriff's office for further comment.

On Friday, before the mother was named as a suspect, the sheriff's office said that the incident was isolated and it was not seeking any other suspects.

"There is no danger to the community as a result of the incident," the sheriff's office said.