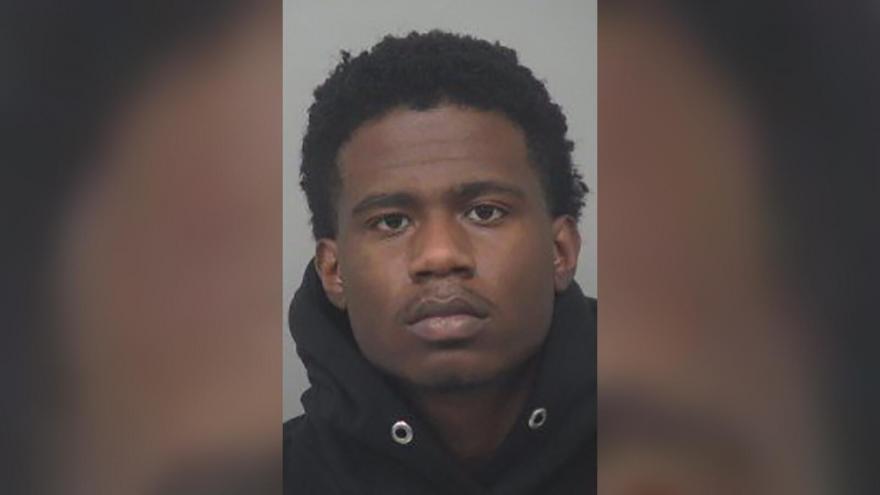 Tre Brown was arrested and charged with scamming nearly $1 million from a grocery store.

(CNN) -- A Georgia man was arrested and charged with scamming almost $1 million from a grocery store and using it to buy clothes, guns and cars, police said.

Tre Brown, 19, was arrested January 14 after he allegedly created false returns at the Kroger store where he worked in Duluth, Georgia, according to a news release from Gwinnett County Police. He was charged with felony theft and released on bond the same day, according to online jail records.

Brown is accused of creating more than 40 returns ranging from $75 to over $87,000 for nonexistent items and putting refunds on several credit cards, according to the police. Detectives allege he stole more than $980,000 over two weeks before corporate employees from the grocery store chain noticed the fraudulent transactions and contacted the police, the news release said.

Brown purchased two vehicles with the money, but totaled one of them before his arrest, the police statement said. It did not give details on the number or type of guns that police allege he purchased.

A substantial part of money was returned after his arrest, but Gwinnett Police Corporal Collin Flynn said they are still calculating the exact amount.

CNN was not able to reach Brown for comment and it is unclear whether he has an attorney.

In a statement to CNN, Kroger says it cannot comment on the ongoing investigation.