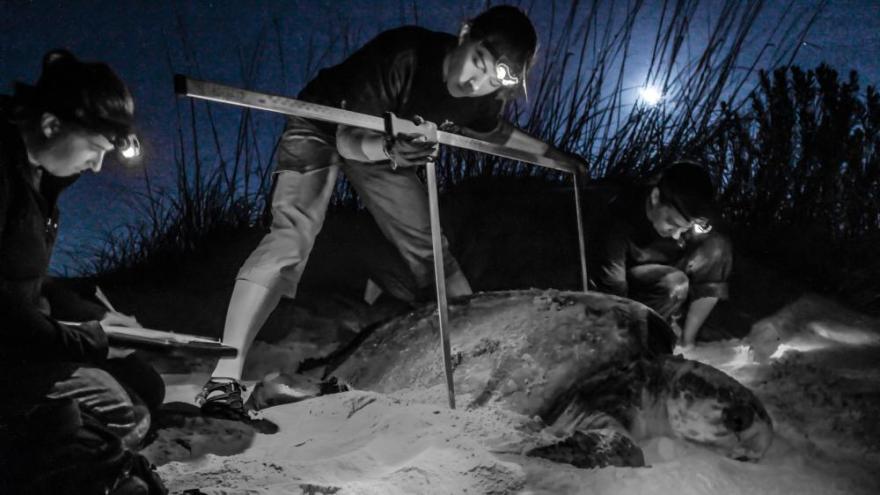 Over 6,000 baby loggerhead sea turtles have hatched from nests on Georgia's Jekyll Island nests this year.

(CNN) -- Georgia's endangered sea turtles are being fruitful and multiplying in record numbers.

This week, Georgia officially hit its record for sea turtle nests, with 3,966 nests recorded, according to a news release shared with CNN from the Jekyll Island Authority's Georgia Sea Turtle Center. This surpassed 2019's record of 3,956 nests.

Loggerhead sea turtles are the most abundant sea turtle species in the United States broadly and in Georgia, according to NOAA Fisheries, although they are still considered endangered. Their population has been threatened by bycatch from commercial fishing operations.

Jekyll Island was a particular hot spot for sea turtle nests this nesting season: There were 236 sea turtle nests recorded on the island, the highest ever recorded, the news release explained. And more than 6,000 baby loggerheads have hatched from those nests.

The high number of nests reflects Georgia's ongoing conservation successes. The nesting loggerhead sea turtle population in Georgia has increased by around 4% each year since the 90s, says the Georgia Sea Turtle Center. All five species of sea turtles found in the waters along the state are protected by state and federal law, says the Georgia Department of Natural Resources. Teams of biologists and volunteers monitor loggerhead nests to help protect them from poaching and habitat destruction during the spring and summer nesting season, the department noted.

Female loggerheads usually lay their eggs on the same beach each year. Scientists believe once grown, the adults return to the beaches where they were hatched to lay their own eggs, the department added.

So next year, there might be even more sea turtle nests in Georgia, and more of the baby sea turtles they hatch.