Georgia inmate who escaped through a ceiling light has been caught, officials say 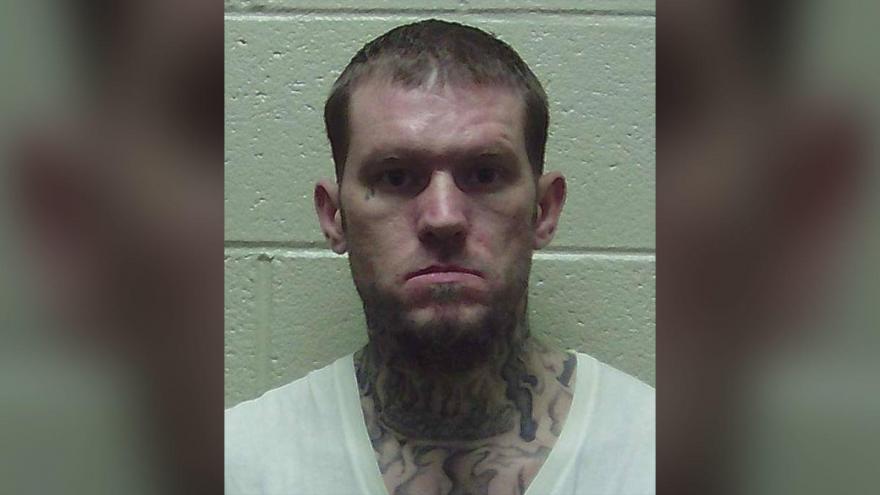 Gregory Wyatt escaped from a Georgia detention center in Haralson County by climbing through a ceiling light.

(CNN) -- An inmate who escaped from a Georgia sheriff's office through the ceiling has been caught in Alabama, officials said.

Gregory Keith Wyatt went through a light into the ceiling, worked his way into a pipe chase and escaped Monday night, the Haralson County Sheriff's Office said in a Facebook post.

Investigators working with the Talledega County Sheriff's Office in Alabama searched a rural area in the Alabama county throughout the day, the sheriff's office said in a Facebook post Tuesday evening.

Wyatt barricaded himself in a house, but was taken into custody by the Talledega County Sheriff's Office after a short standoff, investigators said.

Wyatt was wanted by Talledega County on unrelated charges.

"We knew early on that he had headed to Alabama and the search was concentrated there from early this morning throughout the day," said Talledega County Sheriff Eddie Mixon.

Wyatt had been in jail since June 6, 2019, on multiple charges; including reckless driving, hit and run and failure to stop at the scene of an accident, according to the Haralson County Sheriff's Office.