George Harrison's childhood home, where the Beatles rehearsed, is up for auction 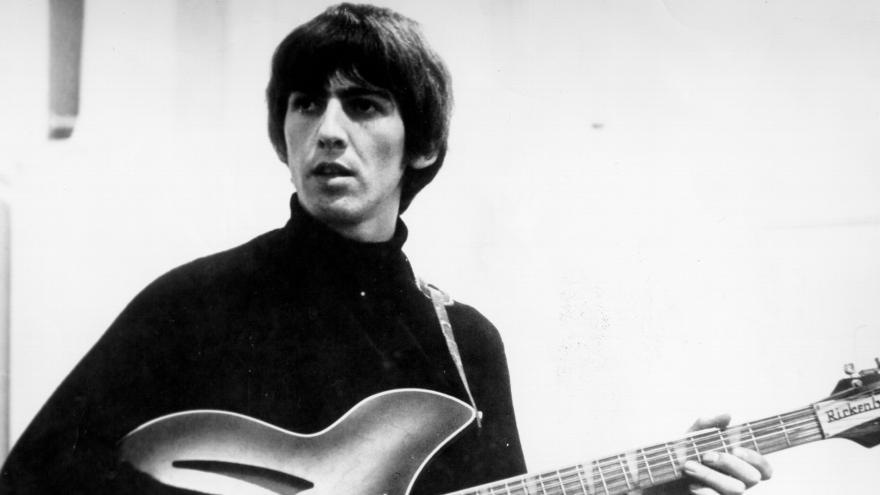 (CNN) -- The childhood home of late Beatles guitarist George Harrison is set to be auctioned off.

Harrison, the youngest of four children, moved with his family to 25 Upton Green in the Speke area of Liverpool, England in 1950 when he was six years old and remained there until 1962.

According to Omega Auctions -- the auction house handling the sale -- the three-bedroom terraced house "became a regular rehearsal venue for The Quarrymen," the first band John Lennon, Paul McCartney and Harrison played in together as teenagers, "and then latterly The Beatles."

While the property has been fully renovated over the years, some original features remain from the years the Harrison family lived there, including the original bath, sink and outbuildings, the listing states.

Included in the sale is a large kitchen dresser unit that "would have originally been in the kitchen when George and his family lived there," the auction house said.

Omega Auctions noted that the next owner would be able to apply for a coveted blue plaque, a British historical designation that honors the notable men and women who have lived or worked in buildings.

Omega Auctions describes the sale as a "truly unique opportunity to own the property where George spent his formative years and that played an important part in helping The Beatles flourish."

Harrison's writing credits with the band include the songs, "Taxman," "Here Comes the Sun" and "Something."

Following the Beatles' breakup in 1970, Harrison topped the UK singles charts as a solo artist with his 1971 hit "My Sweet Lord."