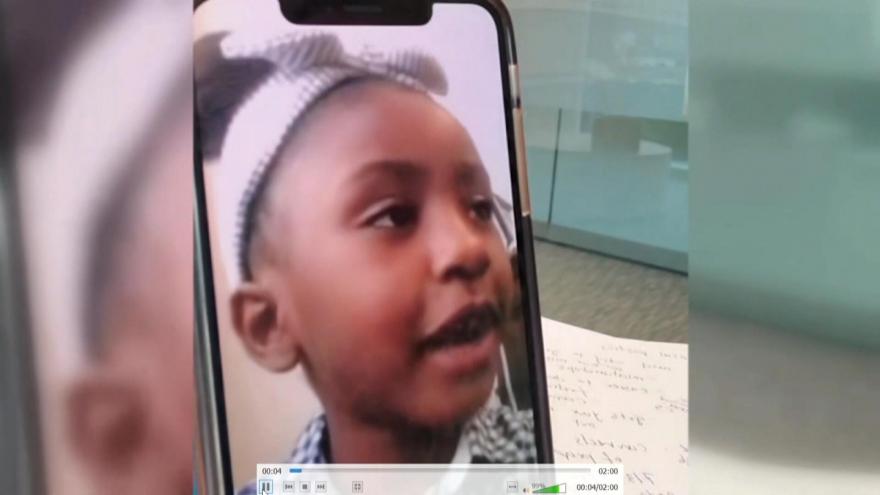 The first to speak was Floyd's 7-year-old daughter, Gianna, on video.

"I ask about him all the time," she said. "I want to play with him, have fun, go to the playground."

Someone in the video asks Gianna what she would tell her father if she could see him again.

"It would be I miss you and I love you," she said.

Chauvin was sentenced to 22 and a half years in prison.

"The sentence handed down today ... shows that matters of police brutality are finally being taken seriously," the statement said. "However, we have a long way to go and many changes to make before Black and Brown people finally feel like they are being treated fairly and humanely by law enforcement in this country."

Here are some of the other victims' impact statements made before the sentence was announced.

Philonise Floyd asked for the maximum sentence possible because "every day, I have begged for justice to be served."

"I haven't had a real night's sleep because of the nightmares I constantly have, hearing my brother beg and plead for his life over and over again. Even saying, 'They're going to kill me, please, officer,' screaming for our mom," Philonise said in court.

He added: "I have had to sit through each day of officer Derek Chauvin's trial and watch the video of George dying for hours, over and over again. For an entire year, I had to relive George being tortured to death every hour of the day."

"On behalf of me and my family, we seek the maximum penalty," he said, his voice shaking with emotion. "We don't want to see no more slaps on the wrist. We've been through that already ... no, no, no, no."

He said if a Black man had killed a White man, there would have been little doubt about the outcome of the trial.

"If it was us, if the roles was reversed, there wouldn't be no case," he said. "It would have been open and shut. We'd have been under the jail for murdering somebody. So, we ask for that same penalty for Derek Chauvin."

"Not only did he kill George, but he also displayed a total lack of consideration for human life as he did so. You saw it. I saw it. And millions of people across the country and the globe witnessed the act of hate," Williams said.

"The sudden murder of George has forever traumatized us. You may see us cry, but the full extent of our pain and trauma will never be seen with the naked eye."

Williams added: "The heartbreak and hurt goes far beyond any number of tears we could ever cry. Words simply cannot express the pain, anguish, and suffering that our family and friends have endured since George's murder. It has been truly unimaginable."