George Clooney and Julia Roberts reunite for 'Ticket to Paradise' 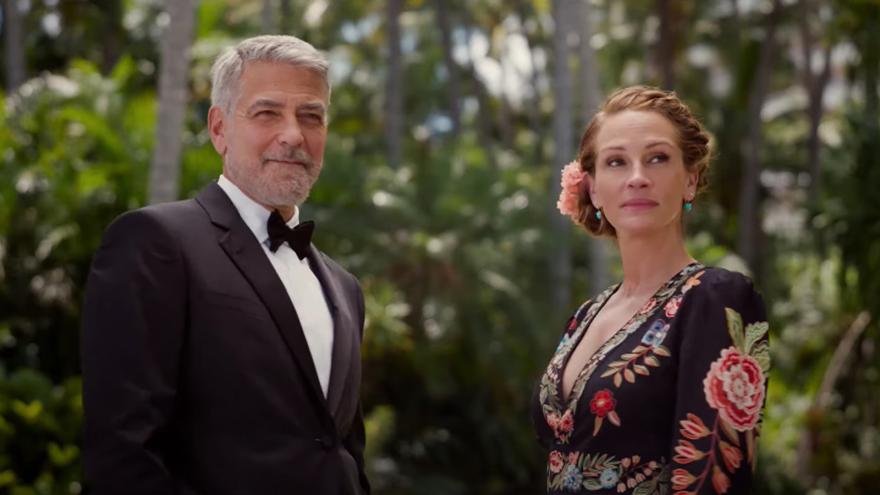 (CNN) -- It's been awhile since we've seen them on screen together, but George Clooney and Julia Roberts have still got it.

The "Ocean's Eleven" co-stars are back in a romantic comedy, the first either has done in years.

"Ticket to Paradise" features the pair as ex spouses who team up to try and stop their daughter (played by Kaitlyn Dever) from getting married in Bali to a man she's just met.

"Worst 19 years of my life," Clooney says in character in the trailer as Roberts' character shows up to sit near him on a flight.

"We were only married for five," she quips.

"I'm counting the recovery," he responds.

"People sometimes misconstrue the amount of time that's gone by that I haven't done a romantic comedy as my not wanting to do one," Roberts recently told New York Times Magazine.

"If I had read something that I thought was that 'Notting Hill' level of writing or 'My Best Friend's Wedding' level of madcap fun, I would do it. They didn't exist until this movie that I just did that Ol Parker wrote and directed,'" she said of "Ticket to Paradise."

The film hits theaters on October 21.