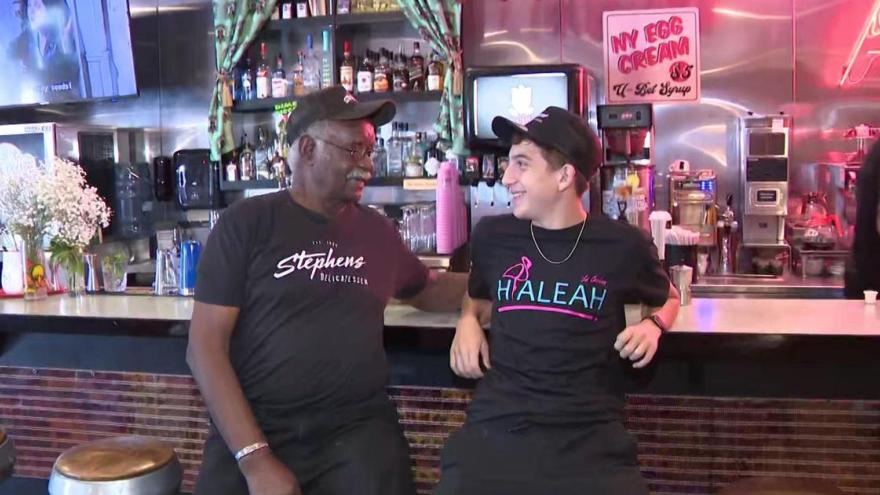 MIAMI, Florida (WFOR) -- An unlikely pair are working together to keep tradition alive at one of Miami's last delicatessens.

Henderson "Junior" Biggers has been working at Kush by Stevens, formally known as Stephens Deli since 1957.

"After I left the military…I needed work," says Junior Biggers. "This was my first job."

Biggers started as a dishwasher and worked his way to being a cook.

Over the years, he's seen the restaurant evolve, but in all his years, he never thought he'd teach a 14-year-old how to cook.

"Just like someone taught me, right now, I'm passing it onto this young man," says Biggers.

Adim Osorio, 14, started working part-time at the restaurant—coincidentally, it is also his first job.

"It's definitely harder than it looks," says Osorio.

The pair, with a 70-year age gap, are working in the same kitchen.

"It's amazing, that there's someone so legendary at the store that I get to work alongside with," says Osorio.

After 65 years of working at the restaurant, Biggers says he's finally looking to retire.

It may be some big shoes to fill, but Osorio says he's up to the task.

"I want to be the best pastrami and corned beef slicer, ever," says Osorio.