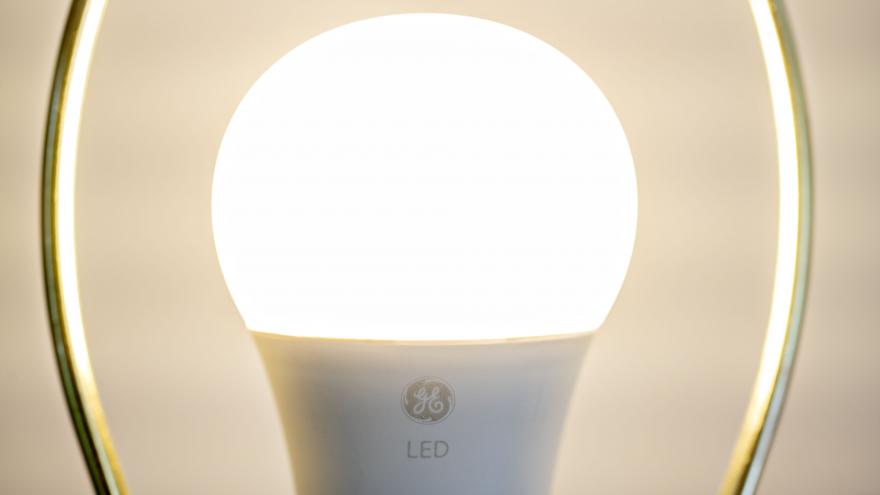 (CNN) -- General Electric is saying goodbye to the light bulb. The conglomerate is shedding a struggling business founded by Thomas Edison more than a century ago.

After years of failing to find a buyer, GE announced Wednesday it will sell its 129-year-old lighting division to smart home company Savant Systems.

The deal marks the latest step in dismantling the GE empire, which is saddled with too much debt and poor-performing businesses.

GE has previously unloaded units that make microwaves, locomotives and washing machines as well as NBC Universal and much of its troubled financial arm.

"Today's transaction is another important step in the transformation of GE into a more focused industrial company," GE CEO Larry Culp said in a statement.

GE-branded light bulbs are not going away, however. Much like GE's sale of its appliance division to China's Haier in 2016, the lighting transaction includes a long-term licensing agreement that allows Savant to use the storied GE brand. That means shoppers will still see the GE-branded light bulbs in stores.

GE, whose shares surged 7% on the news, declined to provide financial details about the sale.

From Thomas Edison to smart homes

Savant, a Massachusetts-based company, makes lighting, security, climate and entertainment products, including smart speakers. And it's betting the GE deal will make it the No. 1 company in smart home technology.

"It's a perfect match -- this will be a powerhouse," Robert Madonna, Savant's founder and CEO, told CNN Business. "There is a vacuum right now. The space is dying for a leader."

Madonna, a tech entrepreneur and former telecom executive, said GE first approached Savant about a deal a year ago. The Connecticut native was attracted to GE's history of innovation and brand recognition.

"I grew up in GE land. It's an iconic brand, and it's an honor to take that legacy and continue it in the smart home space," Madonna said.

Savant, founded in 2005, was the first to roll out Apple-based smart home systems. The company originally catered to luxury homes but has since expanded, through a series of acquisitions, into mass market appeal.

"When Thomas Edison installed the first light bulb, that must have been magical. That's how smart technology today should be in the home," Madonna said.

Madonna said Savant has "no plan" to cut any of GE Lighting's 700 jobs because the two companies' workforces are very complementary.

The companies said GE Lighting will remain based in Cleveland after the deal closes, likely in mid-2020.

Lighting has been struggling for years

By 1935, GE's light bulbs were bright enough to light Major League Baseball's first-ever night game, which was played in Cincinnati. GE also invented the fluorescent bulb in 1938 and the halogen lamp in 1959.

But the lighting industry has been struggling for years because of low prices and another product it pioneered: LED.

LED lighting, invented by GE in 1962, last for decades. Of course, that means they don't need to be replaced as often. Prices and revenue for lighting have tumbled in recent years, prompting GE to seek a buyer for the business.

GE has sold off a series of businesses in recent years to raise billions of dollars and repay a mountain of debt. The company is now focused on four major industrial divisions: aviation, healthcare, power and renewable energy.

Meanwhile GE Healthcare, which makes MRI machines and other medical equipment, is performing well during the pandemic. But its jet engine business has been crushed by the health crisis and is rapidly cutting jobs. And GE Power, which makes power plants, is in decline because of the shift away from fossil fuels.