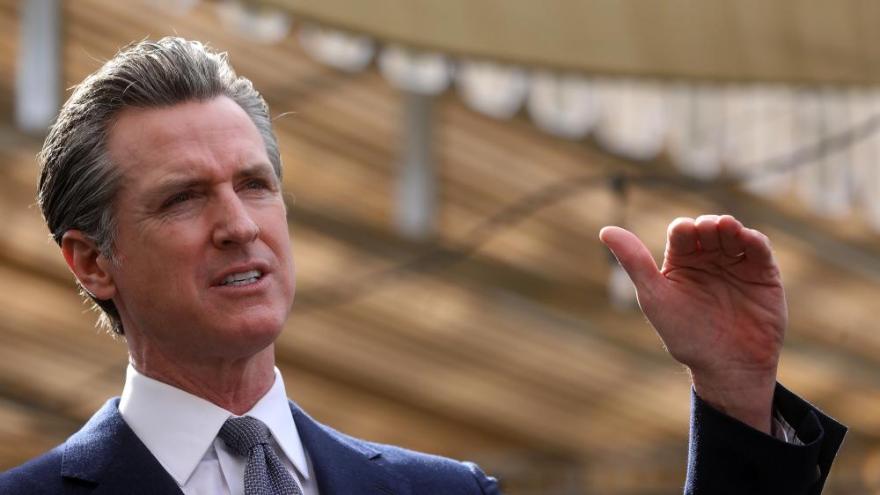 California Gov. Gavin Newsom is sending money across the country to help Rep. Charlie Crist defeat Florida Gov. Ron DeSantis this November. Newsom tweeted that he was pledging $100,000 to make DeSantis a "one-term governor" and he called on his supporters to donate to Crist, who won the Democratic nomination to be Florida's governor on August 23.

The California Democrat on Thursday tweeted that he was pledging $100,000 to make DeSantis a "one-term governor" and he called on his supporters to donate to Crist, who won the Democratic nomination to be Florida's governor on Tuesday.

Asked about the donation during a Los Angeles event, Newsom said he was compelled to donate to Crist because "I don't like bullies." Newsom pointed to DeSantis' verbal assault of Dr. Anthony Fauci at a rally Wednesday, during which the Republican leader said of the country's top infectious disease expert, "Someone needs to grab that little elf and chuck him across the Potomac."

"To call someone pejorative terms because they're short -- who the hell raised these guys?" Newsom said. "What kind of people are they? I know all of us had to sit there and suck it up and take (Donald) Trump's demonization but not everybody has to act like him. I mean, literally, I remember growing up and folks would have their mouths washed out with soap if they talked like this. I got four kids; I don't want these guys being models."

DeSantis' campaign responded to the news of Newsom's contribution by tweeting a video stringing together clips of crime, homelessness and drag show performances in California.

Newsom and DeSantis are both considered future presidential contenders for their respective parties and their cross-country rivalry has been simmering for a while. The two leaders have served as proxies in the blue state-red state battle over pandemic policies. Newsom said 40,000 more Californians would have died from the coronavirus if they adopted DeSantis' laissez-faire approach. DeSantis accused Newsom of turning control of his state over to a "coercive biomedical apparatus" that repeatedly pushed Covid 19-related closures.

Over the July 4th weekend, Newsom made waves when he ran an ad in Florida encouraging people to move to the Golden State, "where we still believe in freedom: Freedom of speech, freedom to choose, freedom from hate, and the freedom to love." In its retort to the commercial, the DeSantis campaign noted that California was losing residents while Florida was attracting more people than any other state.