Gas stoves are a threat to health and have larger climate impact than previously known, study shows 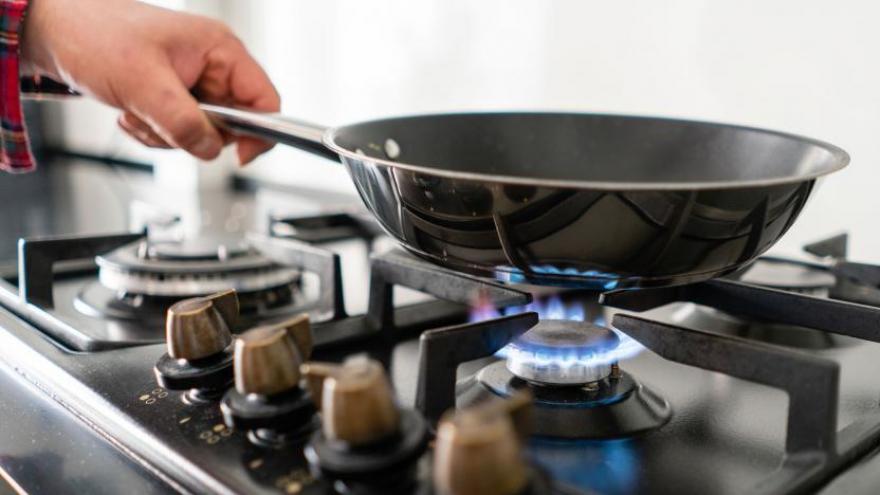 (CNN) -- The gas emitted from household stoves and ovens is not only dangerous to public health but also has a much more significant impact on the climate crisis than previously thought, new research shows.

The study, from scientists at Stanford University, found the emissions from gas stoves in US homes have the same climate-warming impact as that of half a million gasoline-powered cars -- far more than scientists have previously estimated.

"This new study confirms what environmental advocates have been saying for over a decade now, that there is no [such thing as] clean gas -- not for our homes, not for our communities and not for the climate," Lee Ziesche, community engagement coordinator for Sane Energy, a non-profit climate justice group that was not involved in the research, told CNN. "From the drilling well to the stoves in our kitchens, fracked gas is harming our health and warming the planet."

Methane, the main component of natural gas, is a potent planet-warmer. It is around 80 times more powerful in the short term than carbon dioxide, scientists say.

The study also found that in homes without range hoods, or with poor ventilation, the concentration of harmful nitrogen oxides -- a byproduct of burning natural gas -- can reach or surpass a healthy limit within minutes, especially in homes with small kitchens.

Gas stoves and ovens leak significant amounts of planet-warming methane whether they are on or off. The study estimates stoves release 0.8% to 1.3% of their natural gas into the atmosphere as unburned methane.

That may not sound like much, but lead study author Eric Lebel told CNN it's a "really big number" when added to the amount of methane that is released during the production and transmission of the gas itself.

"If someone says they don't use their stove, and so they're not actually emitting any methane, well, that's actually not true because most of the stoves that we measured had at least a slow bleed of methane while they were off," said Lebel, who conducted the research as a graduate student at Stanford University and is now a senior scientist at PSE Healthy Energy.

For nitrogen oxides, or NOx, which pose an especially harmful risk to children and the elderly, Lebel said they found the emissions are directly proportional to how much gas is burned.

"So if you turn another burner on, use a bigger burner, or turn it higher, all these things will create more NOx," Lebel said. The concentration of those gases is "dependent on how big your kitchen is, what your ventilation is in your kitchen, all those things matter."

The study comes as a growing number of US cities, including certain places in California, New York and Massachusetts, are shifting away from including natural gas hookups in new homes. Green energy advocates argue that switching from gas to electric appliances will ease the transition to renewable energy. Electric appliances, according to this study, avoid the harmful byproducts of burning natural gas.

According to the latest data from the US Energy Information Administration, there were more than 40 million gas stoves in US households in 2015, though the proportion of gas stoves in some regions is higher than others.

The study also suggests that the federal government is underestimating the amount of methane emissions leaking from homes, which the researchers found was 15% higher than the Environmental Protection Agency's estimate for all residential emissions in 2019.

"This new study is a really great example of how widespread the sources of greenhouse gas pollution are," Charles Koven, a scientist at the Lawrence Berkeley National Laboratory, who is not involved with the study, told CNN.

"Getting to net zero isn't a matter of replacing just the cars or just the power plants that burn fossil fuels with alternatives that don't," he added. "We need to look at everything that uses fossil fuels, even the sources as seemingly small as leaky gas pipes that power the stoves in our kitchens, and realize that all of these tiny sources can add up to big climate impacts."

Methane emissions were a focus in a major UN climate report in August, in which Koven was a lead author. Scientists found the concentration of methane in the atmosphere is higher now than any time in at least 800,000 years -- and that reducing methane is the easiest knob to turn to change the path of global temperature in the next 10 years.

Natural gas has been hailed as a "bridge fuel" that would transition the US to renewable energy because it is more efficient than coal and emits less carbon dioxide when burned. But that plan, some experts say, underestimates the impact of it leaking, unburned, into the atmosphere and causing significant warming.

Lebel said that he hopes policymakers can use their research in their effort to decarbonize homes and make appliances healthier.

"It's neither just a climate issue, not a health issue, but it's both together," he said. "When people are deciding whether or not to put out a gas ban, they should consider the climate and health impacts and what the benefits of electrification would be. And it seems pretty clear what the science is showing."