Gas prices race back near record highs, but oil tumbles 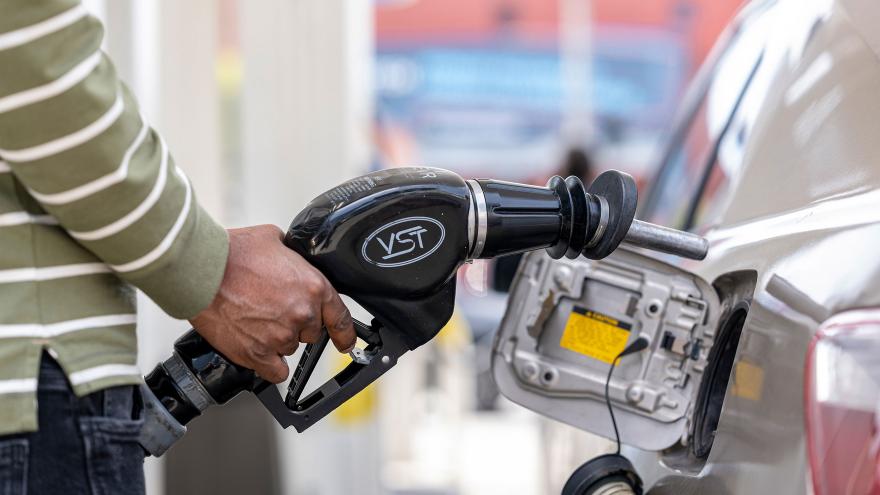 (CNN) -- Prices at the pump are once again flirting with record highs. That's adding to inflationary headaches for families, the US economy and the White House.

The national average for regular gasoline rose to $4.328 a gallon on Monday, according to AAA. That's a fraction of a penny shy of the all-time high of $4.331 set on March 11.

Gas prices have climbed 13 cents over the past week and stand well above the recent low of $4.07 a gallon.

Prices at the pump were already high heading into 2022 as supply failed to recover from Covid-19 as fast as demand. Russia's late February invasion of Ukraine sent them surging much higher as investors braced for oil supply disruptions caused by the war and embargoes on Russian energy.

The Biden administration responded by unleashing a record amount of oil from US emergency oil stockpiles, a step that helped cool oil and gasoline prices off.

But as industry analysts warned at the time, the relief from the emergency oil releases was fleeting and relatively minor. The national average for regular gas today is about 23% higher than the day before the invasion of Ukraine.

The recent jump in pump prices may not be done.

Gasoline futures settled at record highs on Friday. Andy Lipow, president of Lipow Oil Associates, told CNN he expects retail prices will climb by another 18 to 20 cents over the next 10 to 14 days, hitting a fresh record of $4.50 a gallon.

Nonetheless, high gas prices are contributing to Americans' dismal views on the economy. Only 23% of them rate economic conditions as even somewhat good, down from 54% last April, according to a CNN poll released last week. That's the lowest since November 2011. And just 34% of Americans approve of President Joe Biden's handling of the economy.

In another blow to the inflation outlook, diesel prices are spiking.

The national average for diesel hit another record of $5.54 a gallon on Monday, up 22 cents in a week and 49 cents in a month, according to AAA. Diesel powers the trucks that haul goods around the country and high transportation costs will likely get passed along at least in part to consumers.

The good news is that the oil market, which sets the pace for gasoline and diesel, is taking a breather. Oil prices fell sharply on Monday in their steepest one-day decline since late March as turmoil in the stock market spread to the energy complex.

Experts blamed a range of factors for the sharp losses, including heavy selling on Wall Street, concerns about China's Covid-19 lockdowns hurting demand and a lack of progress in Europe's efforts to phase out Russian oil imports.

"Oil prices are just getting swept up in the swift and sharp selloff across risk assets," said Matt Smith, lead oil analyst Americas at Kpler.

Robert Yawger, vice president of energy futures at Mizuho Securities, agreed that the "general flight to safety" is reverberating on the oil market.

"It's just a general slaughter in risk assets," said Yawger, who added that energy traders view the stock market as a barometer of broader market conditions.

Fears about high inflation -- and the Federal Reserve's plan to get it back down -- have driven US stocks sharply lower recently.

However, oil prices remain high and the fallout from the war in Ukraine continues to cast a shadow over the energy market.

Over the weekend, G7 leaders pledged to phase out or ban the import of Russian oil "in a timely and orderly fashion, and in ways that provide time for the world to secure alternative supplies."

The European Union also continues to debate a proposed ban on all oil imports from Russia by the end of this year.

Rystad Energy warned Monday that a European embargo on Russian oil will "trigger a seismic shift" in energy markets and push oil prices higher in the short to medium term.