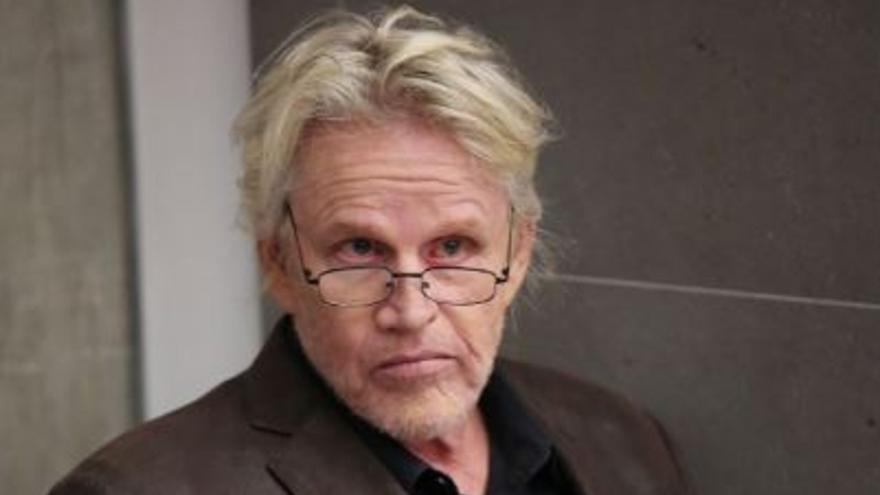 (CNN) -- At least three people reported to police that Gary Busey allegedly touched them inappropriately at a Monster Mania event in New Jersey earlier this month, according to a probable cause affidavit. Police said the actor initially denied groping anyone, then asked police to "apologize to the victims," later asking detectives to talk victims out of pursuing complaints, court documents state.

The affidavit, obtained by CNN, states that Cherry Hill police detectives were called to a Doubletree Hotel on Aug. 13 where two victims "reported being sexually assaulted by the same actor," identified as the defendant.

"They reported they were in a photoshoot area during the Monster Mania event and were having their picture taken with the defendant. During the photoshoot the defendant placed his face near one of the victim's breasts and asked her where she got them, before attempting to unlatch her bra strap," the affidavit states.

Busey had no comment when contacted by CNN earlier Tuesday and declined to say whether he had legal representation in the matter.

CNN reached out to Busey Tuesday night for comment.

Busey denied allegations of sexual misconduct to TMZ when the outlet caught up with the actor at a Malibu gas station on Monday, TMZ reported.

He said he was "not inappropriate at all," and that he has eyewitnesses.

"None of that happened," Busey said. "Nothing happened. Nothing. It was all false."

A law firm representing Monster Mania told CNN in a statement Saturday that it was assisting authorities in their investigation, and that immediately after receiving a complaint from an attendee, "the celebrity guest was removed from the convention and instructed not to return."

A criminal complaint states Busey is to appear in Camden Superior Court at noon on Aug. 31.

Busey is best known for his portrayal of Buddy Holly in the 1978 movie "The Buddy Holly Story," for which he was nominated for an Oscar for best actor.