Fundraisers and rent payments: Federal political spending at Trump businesses topped $1.4 million in his first year out of office 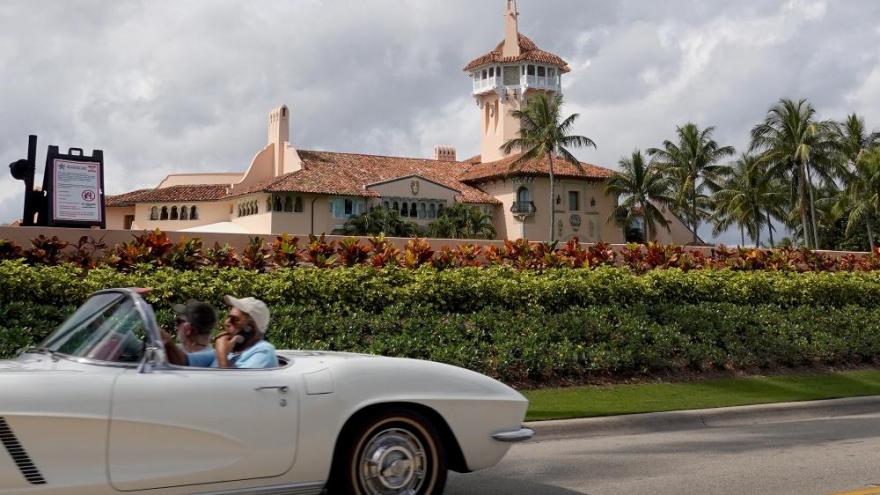 Five political committees associated with Trump accounted for the biggest share of spending, sending about $670,000 to Trump-owned properties in 2021, according to campaign finance data collected by OpenSecrets, a nonpartisan group that tracks money in politics.

That far exceeds the $350,500 the former President donated to all federal and state candidates during the same period through Save America, his leadership PAC, filings with the Federal Election Commission show.

Candidates who have won the former President's endorsements -- and those still seeking it -- also have directed campaign money to Trump properties.

Trump supports Walker's US Senate bid in Georgia. And this week, Walker was among the congressional contenders speaking at a candidate forum at Mar-a-Lago, which serves as both political headquarters and home for the former President.

The December event at Mar-a-Lago "raised over $1.3 million," Walker spokeswoman Mallory Blount said in an email to CNN. "Herschel is grateful for President Trump's support," she added.

A Trump spokesman did not respond to CNN inquiries.

"From the beginning, Donald Trump has used the presidency and his political influence as a way to make money, and he's very much continued to do that," said Noah Bookbinder, president of the watchdog group, Citizens for Responsibility and Ethics in Washington or CREW.

Trump's decision to intertwine politics with his business interests sends the "message that the way to gain political favor is by spending money at his properties," Bookbinder said.

A recent CREW report found that candidates and public officials at the state and federal level made at least 235 visits to Trump properties in the past year and held 51 events there.

The activity tracked by OpenSecrets offers only a partial snapshot of the political money flowing to Trump properties because it relies only on spending reported by federal candidates, party committees and political action committees to the FEC.

In all, dozens of federal committees spent nearly $1.47 million in 2021 with the former President's enterprises -- a drop from the $4.5 million in federal political dollars that flowed into Trump properties in 2020, during the height of election battles for the presidency and Congress.

Since Trump launched his first presidential campaign in the 2015-2016 election cycle, federal committees have spent nearly $26.9 million with his businesses, the group's data show.

Last year, Mar-a-Lago was the biggest beneficiary of spending by federal committees, taking in more than $658,000.

The No. 2 recipient: Trump Tower Commercial LLC. It received more than $375,000 in rent payments in 2021 from Make America Great Again PAC, a political action committee that grew out of Trump's presidential campaign committee.

In his post-presidency life, Trump also has capitalized on his time in office in other ways.

Earlier this month, CNN's Kate Bennett reported that Trump's "Our Journey Together" coffee table book had grossed $20 million in less than two months.

Trump, the first White House incumbent since George H.W. Bush in 1992 to lose reelection, is raising unprecedented sums for a former President.

A recent report filed with the Federal Election Commission shows that Save America took in more than $4 million in January alone and started February with $108 million in cash reserves in that account.

Trump is behaving like someone poised to launch a presidential bid in 2024, with his relentless fundraising and massive war chest, said Sarah Bryner, the research director at OpenSecrets.

But if he were to declare his candidacy now, Trump's campaign committee would have to operate with greater restraints than the network of PACs at the heart of his current political operation.

The continued spending by congressional candidates at his properties underscores his enduring influence in the party.

"Having that endorsement and being seen with him, being seen as an ally -- in many places in the country -- is an extremely powerful campaign tool," Bryner said. "And Trump, for his long history in American politics, has been someone who rewards his friends. And to be a friend, you need to pony up."

More spending at Trump properties is on the horizon.

CNN reported Friday that Trump's team is in talks with Alabama Senate hopeful, Rep. Mo Brooks, about potentially hosting a pair of fundraisers at Mar-a-Lago. And a Republican vying for the US Senate, Missouri Attorney General Eric Schmitt, is holding a fundraiser at the club in March, according to a copy of the invitation obtained by CNN.

At least one of Schmitt's rivals for the Republican nomination already has done so.

Long and Schmitt are among the crowded field hoping to replace Missouri GOP Sen. Roy Blunt, who is retiring.

Trump has not yet endorsed a candidate in that race.