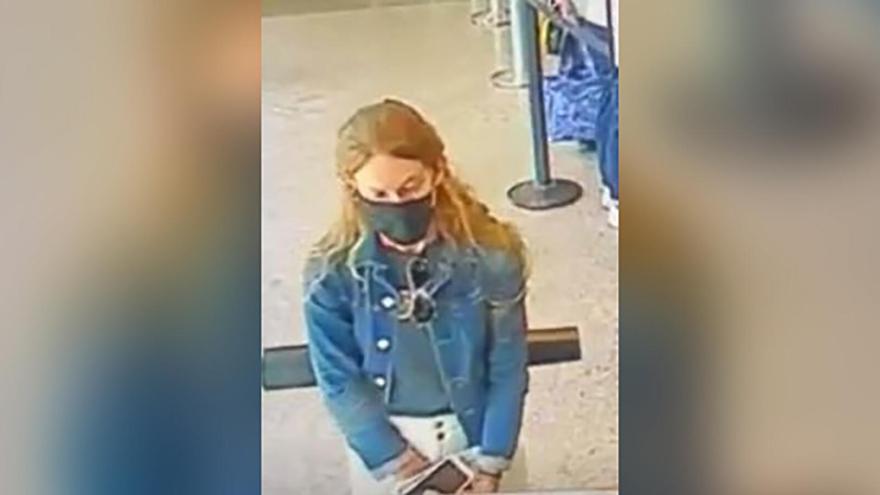 Kaitlin Marie Armstrong, the woman accused of murdering elite cyclist, Anna Moriah "Mo" Wilson, is believed to have traveled to New York City on May 14.

Armstrong, 34, is accused in the May 11 shooting of Wilson -- who had previously dated Armstrong's boyfriend -- in what investigators believe may have been a deadly act of romantic jealousy.

A homicide warrant was issued for Armstrong on May 17.

On the night of the killing, Wilson was staying at a friend's house in Austin in preparation for a race, according to an arrest affidavit filed by police in Travis County District Court.

The preliminary investigation revealed that fellow cyclist Colin Strickland dropped Wilson off at her friend's home around 8:36 p.m., Austin police said Wednesday. Wilson had previously been in a romantic relationship with Strickland while he and Armstrong were briefly separated, CNN has previously reported. Strickland told investigators he and Wilson went swimming and got dinner before he dropped her off.

Within two minutes after he dropped Wilson off, neighborhood footage captured another vehicle -- which investigators later discovered was registered to Armstrong -- at the home, police said.

Officers went to the home shortly before 10 p.m. to find Wilson suffering from gunshot wounds, according to police. She was pronounced dead at the scene.

Surveillance video shows a vehicle like Armstrong's near the scene of the shooting, according to the affidavit.

In the 24 hours after the killing, Armstrong was taken into custody for an unrelated misdemeanor warrant and questioned about her vehicle being near the scene of the killing, but she quickly terminated the interview, police said. She then was "mistakenly released" from custody because of a discrepancy in the birth date listed on the warrant, police said.

Traveler believed to be Armstrong

Ballistics evidence confirmed that one of the handguns authorities found at Armstrong and Strickland's house was the gun that was fired in Wilson's killing, police said.

Surveillance photos and video show a person believed to be Armstrong at Austin-Bergstrom International Airport at around 12:30 p.m. on May 14, according to a news release from the US Marshals Service.

Armstrong, an Austin-based real estate agent and yoga teacher, boarded a flight to Houston's Hobby Airport and then got on a connecting flight to New York's LaGuardia Airport, the news release states.

Armstrong was last seen wearing a black shirt with a pink design on the chest, white jeans, a blue denim jacket, black and white tennis shoes and a black face mask. She may have had a yoga mat carrier on her shoulders, the release states.

Armstrong weighs approximately 125 pounds and is around 5 feet 8 inches tall.

Anyone with information on her whereabouts is urged to contact the US Marshals Service at 1-800-336-0102.