Fugitive wanted in fatal shooting of Yale student is arrested 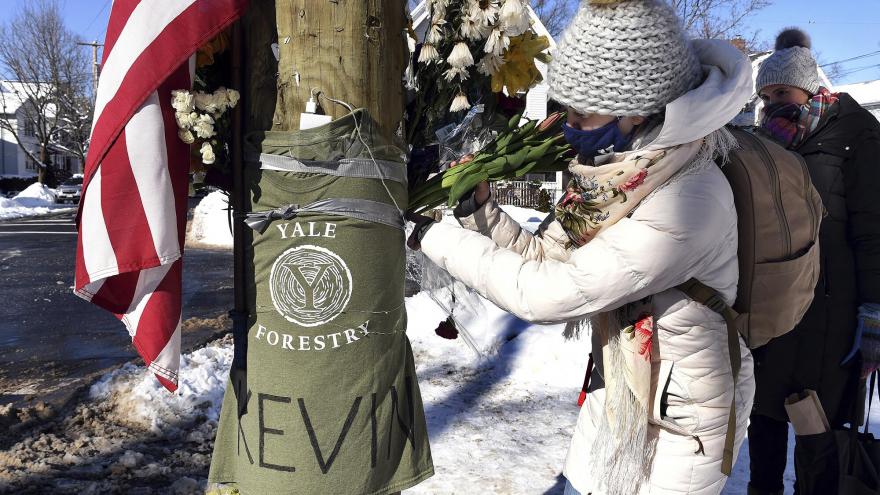 An MIT graduate student wanted in connection with the fatal shooting of a Yale University student Kevin Jiang in February has been arrested, authorities said May 14.

(CNN) -- An MIT graduate student wanted in connection with the fatal shooting of a Yale University student in February has been arrested, authorities said Friday.

The US Marshals Service did not provide details of the arrest other than to say that "Gulf Coast Regional Fugitive Task Force, in conjunction with the U.S. Marshals Middle District of Alabama and the Montgomery Police Department" had captured fugitive Qinxuan Pan, according to spokesman James P. Stossel.

It was not immediately clear if Pan has legal representation.

New Haven, Connecticut, police in February secured an arrest warrant charging Pan with murder in the fatal shooting of Yale University student Kevin Jiang. Pan remained on the lam until this week.

Police had identified Pan as a "person of interest" in the February 6 killing of Jiang.

Pan, 29, was in possession of a stolen vehicle in the area when Jiang, 26, was shot and killed, according to police.

Pan had came into contact with the North Haven Police Department "soon after" the killing, Police Chief Otoniel Reyes said in February. Reyes warned that "extreme caution should be used if you come in contact with this individual" and that the public should view Pan as "armed and dangerous."

Jiang, a second-year master's student at the Yale School of the Environment, was killed roughly one mile from Yale's main campus, police said.

New Haven Police responded shortly after 8:30 p.m. to reports of multiple gunshots and a person shot. Witnesses had seen "a shiny new black vehicle flee the scene," according to the Yale Police Department.

New Haven police at the time did not comment on a possible motive, whether the two men knew each other, or whether Pan had been involved in a car accident with Jiang before the homicide.

There were two additional arrest warrants for Pan: one for stealing a vehicle out of Massachusetts, and one for possession of a stolen vehicle in North Haven, Reyes said.