From 'Pink Lady Bandit' to 'Attila the Bun,' here's why the FBI nicknames bank robbers 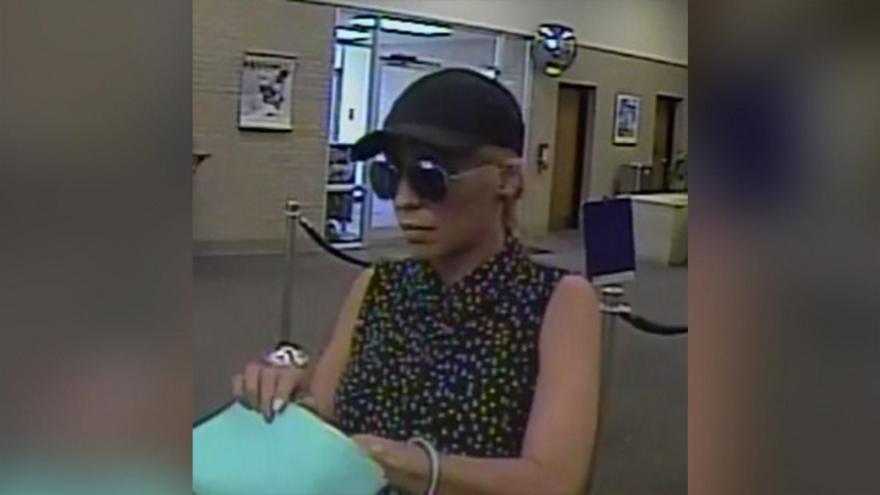 The Bad-Breath Bandit. The Barefoot Burglar. Attila the Bun. And now the Pink Lady Bandit: All of them captured, investigators say, due in no small part to their unique nicknames.

(CNN) -- The Bad-Breath Bandit. The Barefoot Burglar. Attila the Bun. And now the Pink Lady Bandit: All of them captured, investigators say, due in no small part to their unique nicknames.

It's common for the FBI to call unidentified serial robbers by descriptive, often silly monikers. And while the names certainly make for a colorful directory of criminals, they're also important tools that help agents crack a case.

Criminals are named for a defining feature

The Pink Lady Bandit stirred up interest for the pink handbag she carried during at least two of her robberies in Pennsylvania, Delaware and North Carolina. Investigators identified 35-year-old Circe Baez as the bandit and arrested her Monday in Charlotte, North Carolina.

A nickname like "Pink Lady" probably won't inspire civilians to take a criminal seriously. But funny names are serious business.

He'd heard about the practice at other bureaus and started it as his office in Cincinnati, which often investigated more than 130 robberies every year. A catchy nickname helped investigators keep crooks straight, he said.

"We wanted to come up with a way to get the information out to the public and hopefully draw some attention to it," he said.

Agents pinpoint a suspect's defining feature, be it their clothing, age, geographic region or general M.O., and slap the descriptor on "Wanted" posters.

Bad-Breath got her name after a witness complained about her smell when she approached the bank teller's station. Barefoot was notable for his shoeless break-ins. Attila the Bun rocked a messy updo during her heists.

"Instead of reporting a mundane bank robbery, this gave it a life of its own," Trombitas said.

Nicknaming is how the FBI 'advertises' criminals

Ira Kalb, assistant professor of clinical marketing at the University of Southern California, told CNN in 2010 that criminal nicknaming isn't unlike advertising.

"It gets the public much more interested. It kind of brands the bandit," he said.

A memorable nickname that's just strange enough to make headlines helps the public remember the feature that earned it, especially important when the suspect is still on the lam. It's likely that someone in the audience will recognize them, he said.

"When you give something a name, it gives it more identity," he said.

A criminal typically earns a nickname after their second or third heist, Trombitas said, though they're not usually caught until after their third or fourth, when they've made the rounds in the media.

Not every name is a winner

With thousands of names claimed, there are bound to be flops: "Bow-Legged," "Bearded" and "Move Quick" are a bit more vague than "Dollar Store Grandpa" or "Dirty Bieber" (a name Trombitas devised when a witness told him a suspect looked just like Justin Bieber if he hadn't showered recently).

If they're lucky, criminals end up with a semi-flattering nickname. Some like theirs so much they continue to use them in prison, former FBI special agent Bill Rehder told CNN in 2010.

Others are less than thrilled with their identifiers. The Clearasil Bandit, named for his acne-scarred skin, unsuccessfully sued the FBI after fellow inmates teased him about his nickname in prison, he said.

Investigators tasked with creative nicknaming are careful not to lend criminals notoriety or trivialize their crimes, Trombitas said.

"Because it's a serious matter, we don't want to make too much of a joke about that," he said. "These are not victimless crimes."

Rehder said the practice is purely an investigative tool.

"It doesn't make a hero out of them," he said. "It helps bring somebody to justice quicker."