From OJ Simpson to Kyle Rittenhouse, a jury consultant binds the two 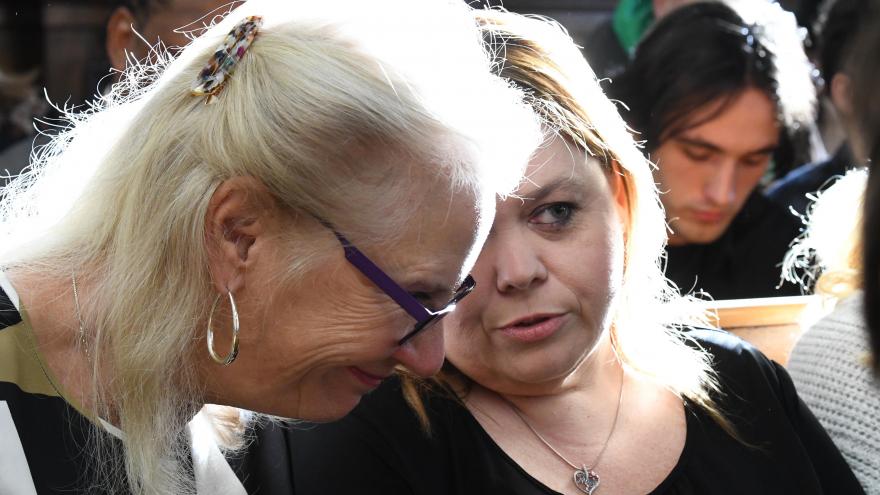 (CNN) -- There is a common thread between the 1995 acquittal of O.J. Simpson and the 2021 acquittal of Kyle Rittenhouse -- a jury and trial consultant named Jo-Ellan Dimitrius.

She developed the jury profile in Simpson's case and now, decades later, worked "hand in hand" with Rittenhouse's attorneys to help build a profile for the "right" juror in his case.

"In O.J.'s case because we had done so much pretrial research, we knew that there was a certain demographic that was going to be more open to what our defense was," she told CNN.

At the time, it was a female African American with a high school education or less, she recalled. In Rittenhouse's case, however, she said, "We didn't find anything that was predictive."

"Familiarity with guns was an important thing to explore," she told CNN. "Generally getting a sense if somebody was a supporter of the Second Amendment, supporter of the First Amendment as well." That included both in real life and from their "digital footprints" on social media.

"In looking at profiles of jurors, it's looking for individuals who are going to be most receptive to whatever the evidence is that comes out," she added.

Ahead of the trial, Dimitrius and the Rittenhouse team tested that in the form of three sets of mock jurors.

The defense knew video would be paramount, but a central question quickly became whether Rittenhouse would actually testify. "There were concerns by everyone involved in the case," according to Dimitrius, especially given his age and the attention on his every move.

Mark Richards, defense attorney for Rittenhouse, told CNN, "He scored much worse [with those who did not hear his story] than the people who did hear his story."

"That was subject to cross examination by a trained ex-prosecutor. And that made the decision, I don't want to say easy, but it made it the right call...he needs to tell his story," he added.

On November 10, Rittenhouse eventually took the stand in his own defense, at times emotional, describing how August 25, 2020, ended with him killing two people and wounding a third.

According to Dimitrius, the "perfect juror" in the Rittenhouse case was someone who was willing "to listen to what was presented in court and to make their decision based solely on that evidence."

"The rest is history," she said.

Out of the 179 prospective jurors who arrived for the Rittenhouse trial, the final 20 needed for trial were whittled down in a day.

"Judge (Bruce) Schroeder did not allow us the use of a written questionnaire, juror questionnaire, which is highly unusual in a high-profile case," Dimitrius told CNN. "Number two, he limited the voir dire to an hour apiece...generally to get in the questions you want to ask, that's a very, very short period of time."

The jurors were sorted dozens at a time, and the pace made it difficult at times to keep up with what was actually in play.

"It was very frustrating," Dimitrius said.

She was hired months ahead of the trial and was present during jury selection, jury monitoring, and trial assistance and was often seen sitting next to Wendy Rittenhouse, the defendant's mother.

The jurors in the Rittenhouse trial were overwhelmingly White not only in the original pool of 179 prospects but also in the final deciding panel of 12, where there was only one person of color.

"It should be reflective of the community in which the trial will be held," Dimitrius told CNN. "I saw the demographic representation very accurate to what Kenosha has."

As of 2019, about 79 percent of Kenosha's population was white, according to the US Census.

"I do believe in my heart of hearts that we ended up with a jury that would be very fair," Dimitrius said.

Rittenhouse faced homicide and reckless endangerment charges for the killings of Joseph Rosenbaum and Anthony Huber, the wounding of Gaige Grosskreutz, and for shooting at the man commonly known in court as "jump kick man." The shootings happened after the police shooting of Jacob Blake sparked protests in Kenosha.

During their deliberations, jurors requested to rewatch much of the video evidence of the shootings. In the end, they agreed with Rittenhouse's testimony that he feared for his life and acted in self-defense. He was acquitted of all charges on November 19.

After the verdict, lead prosecutor Thomas Binger told the court, "The jury has represented our community in this trial and has spoken."

Binger, in a statement, said, "While we are disappointed with the verdict, it must be respected."

The judge praised the jurors, saying he "couldn't have asked for a better jury."

There are undoubtedly many differences between the 1995 OJ Simpson and the 2021 Kyle Rittenhouse murder trials, mainly, as Dimitrius put it, "back in '95 people remember hopefully that the Internet wasn't front and center."

Another key difference, according to Dimitrius, was the lack of any demographic that was necessarily "predictive" in the Rittenhouse case like there was for Simpson.

At least half of the 12 jurors in the Simpson trial were Black women.

That jury eventually acquitted Simpson of charges in the killing of Simpson's ex-wife, Nicole Brown Simpson, and her friend, Ron Goldman.

The case was dubbed the "trial of the century" for its swirling themes of celebrity, race, criminal justice, trust in police and domestic violence. After nearly nine months of proceedings, jurors returned their not guilty verdict in less than four hours.

Simpson was later found liable in a civil wrongful death lawsuit brought by the victims' families. On the stand, he denied killing Brown Simpson and Goldman.

Dimitrius said one of the key similarities between the trials was the dynamic around the two being televised, including receiving "important information because people were watching what was going on, on TV and then they may have known somebody, they may have felt compelled to come in to testify."

According to Dimitrius, that included Drew Hernandez as "one of those people who reached out to us after he saw Richie McGinniss testify. The same thing happened in O.J." Hernandez was a freelance commentator who was the 10th witness called by the defense during testimony.

Hernandez, who shot video of the protests, testified that Rittenhouse tried to deescalate tensions at one point the night of the shooting. He told the jury that Rosenbaum -- the first person to be shot -- was "physically aggressive" even before his encounter with Rittenhouse.

While jury selection is important in a trial, Dimitrius emphasized, "I don't change the evidence," as she admitted she is not always right and views her position as "supplemental to a good trial lawyer's experience."

Over her decades long career, she has been involved in many high-profile cases on both the criminal and civil side, including the estate of George Floyd's civil case with the City of Minneapolis, one that ended as one of the largest pretrial settlements in history. Many of the cases she has been involved with are polarizing in nature from Rodney King to Francis Ford Coppola, Kobe Bryant, and more.

"What I've seen, particularly in OJ and in Kyle's case, is that sadly there are certain bodies of the public that find it an inconvenient truth if in fact there is an acquittal. And who those people are from trial to trial, issue to issue, is different," Dimitrius told CNN.

She hopes the public learns from the results of Rittenhouse trial.

"Whether it's Kenosha, Seattle, Portland, Chicago, wherever. I believe everybody has that First Amendment right as well, to protest and let their opinion be known but where it crosses the line is where there's either destruction of property or destruction of life," she added.

"I hope that there is something learned from these types of cases and that we can move forward as a country and still exercise those constitutional rights we have but also accept the responsibility when they step over the line."