From meals to free tax returns, how everyday people are helping federal workers affected by the shutdown 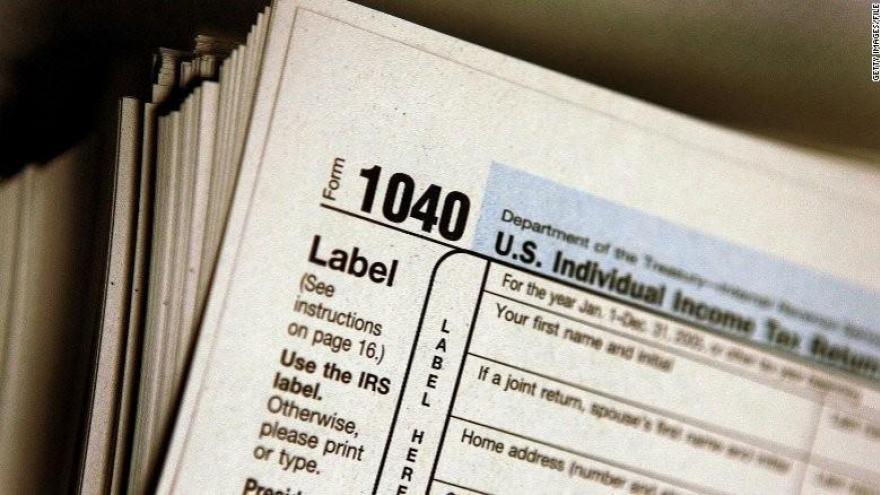 Driscoll is promising to do free tax returns for the first 10 unpaid federal employees who contact him.

(CNN) -- Sean Gilliam was scrolling through his Facebook feed after putting his kids to bed when he saw friend after friend fretting over the government shutdown, "anxious about how to keep a roof over their heads or food on the table for their kids."

It only took the Memphis chef about five minutes to come up with a plan to help.

Gilliam, who owns a catering business and a food truck, posted online asking people to help him help those in need.

"I woke up the next morning and I had a lot of messages," he said. So he made a menu, went shopping and drafted a delivery schedule for volunteers to help hand out his Tuscan spinach chicken dishes. The meals can feed a family of four for two days.

As the bills began stacking up, Gilliam "reluctantly" set up a GoFundMe campaign to help cover the cost of all of the cooking and mileage on his vehicle. He estimates he'd spent about $700 of his own money before taking in over $1,000 from online donors. In all he says he's helped 53 individuals and families so far.

And he's keeping his GoFundMe campaign open to help cover a second round of meals. This week chicken stir fry is on the menu.

"This is just Americans helping Americans," Gilliam said. "When the going gets tough, we can really take care of our own. That should be the heart of it."

"I wish it extended into Washington and Congress. But I'm not going to wait for them."

Here are some other ways everyday Americans are helping furloughed federal workers during the shutdown.

Mike Driscoll, a certified public accountant in Ringoes, New Jersey, heard a news report about an air traffic controller who worked 64 hours in a pay period and received a check for $0.00.

Moved to do his part, Driscoll is promising to do free tax returns for the first 10 unpaid federal employees who contact him.

"Today it's a government shutdown for federal workers. Tomorrow will be something else," he told CNN. "At any given moment your time could come, and I hope others would do the same for me if I need it."

The father of two said that in his line of work, he sees people's personal financial information and knows just how how many are living paycheck to paycheck.

"Hopefully more people will step up and help in their own way," Driscoll said. "We're all humans. We're all Americans."

Gift cards for gas and groceries

Jana McConnaughhay, a lawyer in Tallahassee, Florida, was moved by a local story of single mothers affected by the shutdown.

McConnaughhay made a post on her Facebook page asking people to send her gift cards that she could give to the local public union, American Federation of Government Employees (AFGE Local 1570). She told CNN she's collected more than $4,000 in gift cards, mostly for grocery stores and gas stations.

"Every time I have a client meeting, I come out to see more cards," she said.

She said friends, relatives and perfect strangers have dropped by her law office to support her initiative.

"It's been people all over the political spectrum. They have compassion and empathy for those suffering," McConnaughhay said. She's now making regular trips to Local 1570 to deliver the cards, which are primarily going to support federal corrections officers and TSA employees.

"I'll keep making the deliveries as long as people are willing to keep giving."

Meanwhile, furloughed government employees have set up more than 1,500 GoFundMe pages to request financial help with rent, groceries, diapers and other necessities. Combined they have raised more than $300,000 so far.

And restaurants across the country are offering discounts and free food to federal workers.

Some government workers also have resorted to selling their possessions online to help pay rent. On a "shutdown swap" Facebook page, federal employees are hawking everything from earrings to artwork to a Harley Davidson.