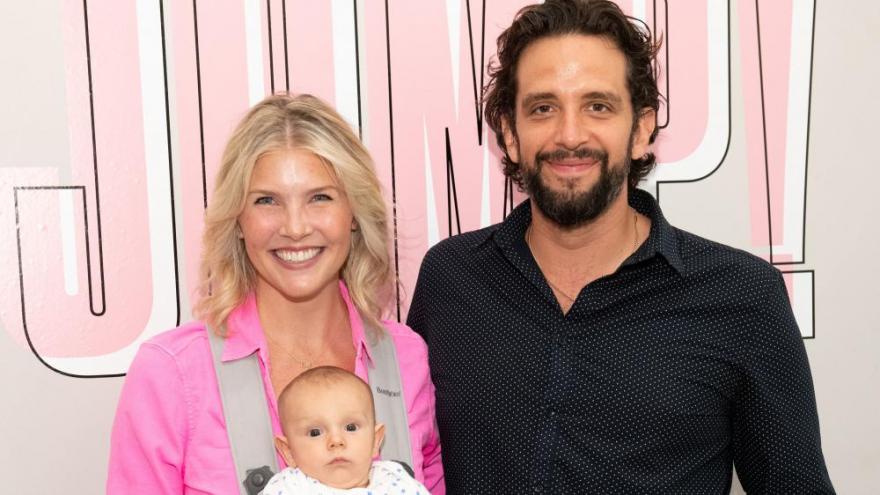 (CNN) -- Condolences for Broadway actor Nick Cordero poured in from around the world after his wife announced his death Sunday night.

Cordero, 41, had battled the coronavirus for 95 days before he passed.

Amanda Kloots shared her husband's progress on social media following his diagnosis, posting every improvement the actor showed and each complication he suffered, including an amputation and the possible need for a lung transplant.

But on Sunday she shared her ultimate loss. "God has another angel in heaven now. My darling husband passed away this morning. He was surrounded in love by his family, singing and praying as he gently left this earth," Kloots said in an Instagram post.

Hamilton's Lin-Manuel Miranda tweeted that the loss was "devastating."

That sentiment was shared by actress Jenna Ushkowitz, who starred in the television show "Glee" and Broadway play "Waitress," which Cordero also performed in.

Ushkowitz tweeted "devastated," before sharing another tweet begging for people to wear masks to protect themselves and others.

"We are mourning a friend and a light in this world who shouldn't be lost to this virus and didn't deserve this. What can you do? WEAR A MASK," Ushkowitz said in the tweet.

Actor Zach Braff also posted multiple times on Twitter about how great of a loss Cordero's death is.

In another tweet Braff said, "Nick Cordero fought as hard as he could for 90 days. Wear a mask. F*** Covid."

"My condolences to you Amanda who fought and loved so hard....so sorry for his little one. My heart is with you. May flights of angels...."

Phillipa Soo, who starred as Alexander Hamilton's wife Eliza Schuyler in the Broadway hit Hamilton, shared the Go Fund Me for Cordero's family and said the loss was "so devastating."