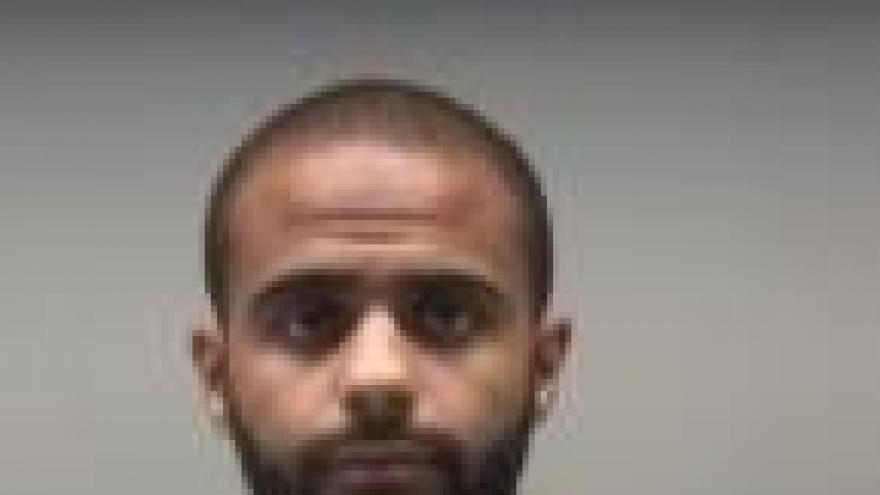 (CNN) -- A friend of Connor Betts accused of providing the Dayton, Ohio, shooter with the body armor and a 100-round double drum magazine used during his attack is facing federal firearms charges.

Hours after the August 4 attack, agents with the FBI and the Bureau of Alcohol, Firearms, Tobacco and Explosives visited the home of Ethan Kollie in nearby Kettering, according to a probable cause affidavit. Kollie told the agents he enjoyed firearms, owned two pistols and had bought body armor and a firearms accessory for Betts earlier this year, the affidavit says.

The 24-year-old allowed agents to search his home, where they smelled marijuana and saw a water pipe, commonly used to consume cannabis, and a Draco pistol, the affidavit says.

Agents interviewed Kollie again, this time at his place of employment, on Thursday. During that interview, Kollie told agents he had done hard drugs, marijuana and LSD with Betts several times a week between 2014 and 2015, the affidavit says.

He also told agents that he had smoked marijuana every day for the past decade, according to the affidavit.

When Kollie filled out the ATF paperwork to obtain the Draco pistol in May, the affidavit says, he checked the "no" box when asked whether he had been a regular user of marijuana or any other controlled substance.

Agents explained they were going to search Kollie, in accordance with a search warrant issued earlier that day, and Kollie produced a bag of marijuana and a .38 Special revolver, the affidavit says. He also told the agents that he grew psychedelic mushrooms at his home and explained the process to them, according to the affidavit.

"Kollie stated that he micro-doses the mushrooms on a constant basis, saying it provides him with energy and is 'fun,'" the affidavit says.

Asked why he lied on the federal firearms form, Kollie allegedly told agents that "if he told the truth about his drug use, he would not be allowed to purchase a firearm."

Though US Attorney Benjamin Glassman emphasized that Kollie did not intentionally help plan the Dayton shootings, the affidavit says Kollie acknowledged buying the body armor, a 100-round double drum magazine and an upper receiver for an AR-15, which is part of the gun's frame. All three items were used in the attack, authorities say.

"Kollie indicated that he purchased these items for Betts -- and stored them in Kollie's apartment -- to assist Betts in hiding them from Betts' parents," according to the affidavit.

Kollie also told agents that about 10 weeks before the shootings, at his Kettering apartment, he helped Betts assemble the AR-15 used in the attacks, the affidavit says.

About six to eight weeks ago, Betts returned to Kollie's apartment to pick up the assembled rifle, magazine and body armor, the affidavit says.

Agents seized the Draco pistol, another pistol, the waterpipe and a substance believed to be psychedelic mushrooms at Kollie's home Thursday, the affidavit says. He was arrested Friday and made an initial appearance later that day, Glassman said.

"He does not deny his friendship with Connor Betts and he was as shocked and surprised as everyone else that Mr. Betts committed the violent and senseless massacre in the Oregon District," Nick Gounaris, the attorney, said.

"We appreciate the United States Attorney stating that there was no indication that Mr. Kollie knew that he was assisting Betts in the shooting," the email said.

Kollie is being held in Montgomery County Jail, charged with possession of a firearm by someone who illegally uses or is addicted to a controlled substance, and making false statements with respect to information required by the federal firearms code.

He will have a detention hearing Wednesday to determine bail, Glassman said. He faces up to 15 years in prison if convicted on both counts, the prosecutor said.

Armed with a .223-caliber rifle and high-capacity magazines, Betts fired 41 shots in fewer than 30 seconds, killing his sister, Megan, and eight others in Dayton's entertainment district, police said.

Though police have not announced a motive in the Dayton shooting, memories from former classmates and posts on his apparent Twitter account show that the gunman took a deep interest in violence and had easy access to powerful firearms.