Friday's jobs report could be telling as recession worries mount 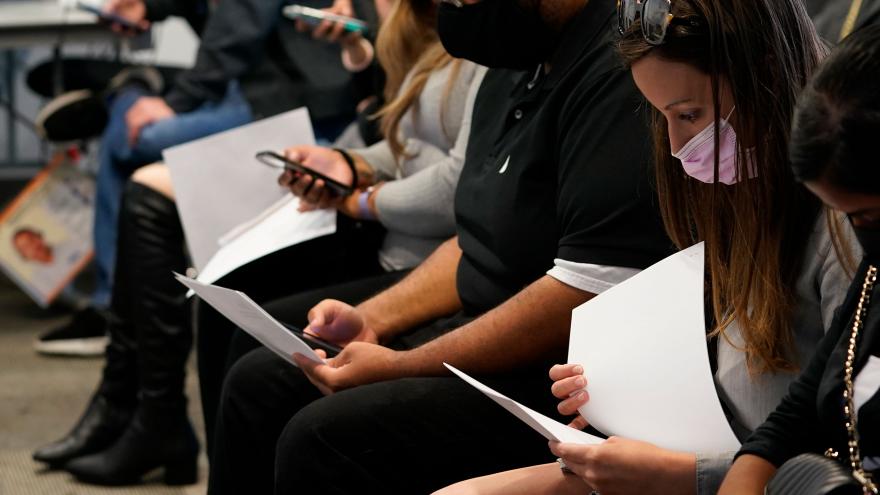 (CNN) -- Economic uncertainty and recession fears have yet to take the shine off a robust labor market, but investors and Federal Reserve officials will be carefully parsing the details of Friday's jobs report for any sign of softening.

The monthly government employment snapshot from the Bureau of Labor Statistics is expected to show continued strength -- smaller, but still significant, job gains of around 272,700 and an unemployment rate holding at 3.6%, according to estimates from Refinitiv.

The report is coming on the heels of a mixed bag of recent employment data: The latest Job Openings and Labor Turnover Survey, released on Wednesday, showed there were 11.3 million job openings in May, or 1.9 positions for every job seeker, and historically low levels of layoffs.

While that's good news for job seekers, there are also signs that employers are starting to cut back.New job cuts data released Thursday by Challenger, Gray & Christmas revealed that US employers announced 32,517 layoffs in June, a 58.8% increase from the same month last year, and the highest monthly total since February 2021. Total job cuts through the first six months of the year, however, are down 37% from the first half of last year and are at their lowest levels since record taking began in 1993.

Separately on Thursday, the BLS reported that initial jobless claims for the week ending July 2 totaled 235,000, an increase of 4,000 from the prior week's reading and the highest level since mid-January.

The US labor market is clearly not in a recession. However, unemployment can be a lagging indicator. In recent weeks, major companies in the tech and real estate industries have announced layoffs (among them, Netflix, Tesla and Redfin) or have signaled that they will be pulling back on hiring plans (such as Meta, Twitter and Apple).

The details in Friday's jobs data could help economists, policymakers and business leaders glean whether this recent spate of layoff announcements and hiring freezes are merely industry-centric correctionsafter years of untamed growth, company-specific one-offs, or signs of broader weakness.

Historically high inflation has pushed the Federal Reserve to embark on a campaign of interest rate hikes to cool the economy, but those efforts don't come without costs: As companies tighten their belts, it typically results in job cuts.

Fed Chairman Jerome Powell has said he is aware that rate hikes could lead to "pain" in the labor market but has also expressed hope that, if successful, the policymaking actions could allow the economy to continue growing while reining in inflation. The latest Fed projections have the unemployment rate ticking up to 4.1% in 2024.

"We are already seeing some companies start to pull back on hiring, whether through hiring freezes or just quite simply acting slower to fill their existing job openings," said Daniel Zhao, senior economist for Glassdoor. "This is the first step that companies take when they expect the economy to slow down. Invariably, if there is a recession, there are likely going to be layoffs as a result, but the hope is that if the recession is mild, layoffs will be contained, and any increase in unemployment will be smaller as a result."

More broadly, the US labor market is still in a period marked by an incredibly high demand for workers, said Layla O'Kane, senior economist for labor market data firm Lightcast.

"We're seeing very high openings and very low separations," she said, referencing the latest JOLTS data. "Right now, companies are still looking for a ton of workers and trying to fill those positions. I would be surprised if the labor market shifts into a rough market for workers any time soon."