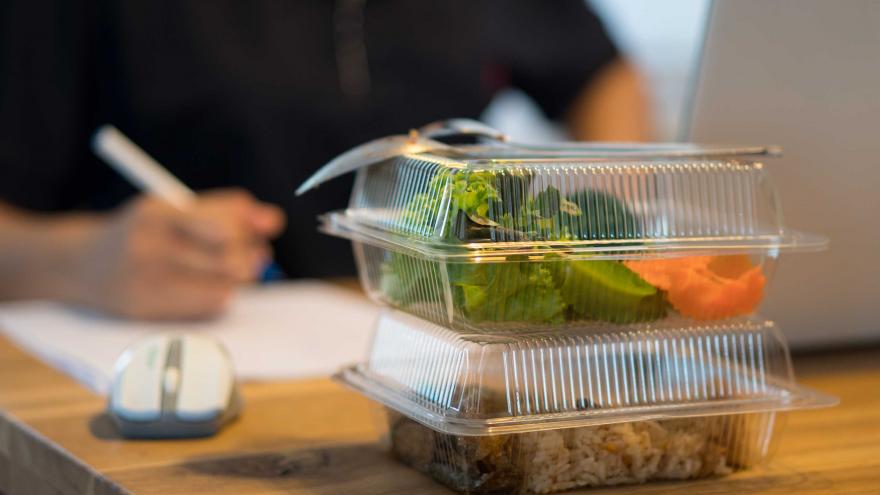 (CNN) -- Many French workers can now eat at their desks without breaking the law.

To help curb the spread of Covid-19, the country has suspended a longstanding prohibition on desk lunches, according to a government decree published Sunday.

The lunch break, or "la pause déjeuner," has long been considered sacrosanct in France. Until now, French labor code forbid employers from allowing workers "to have their meals in the workplace," reflecting the importance of food and meals in national culture.

Before the pandemic, French workers typically enjoyed a two or three course meal with colleagues at a nearby bistro. French media outlets have tried to project what the future will look like by running images of unhappy workers eating sandwiches at their desks.

The temporary rule applies to offices with more than 50 employees and where the layout of the cafeteria does not allow for social distancing. People must be at least one meter apart when not wearing a face mask.

France has implemented a slew of containment measures as it battles the pandemic.

Restaurants, bars and cafes have been closed since the end of October and a nationwide 6 p.m. CET curfew remains in place.

More than 2.2 million people in France have received their first vaccine injection and roughly 650,000 have been fully vaccinated.