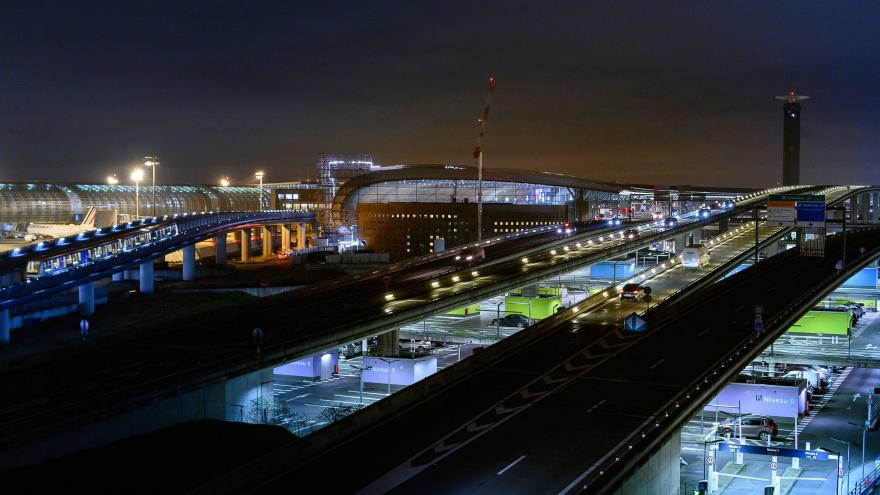 (CNN) -- French aviation safety investigators have opened a probe after an Air France Boeing 777 airplane approaching Paris Charles de Gaulle Airport was involved in a "serious incident," according to BEA, the French bureau that investigates air crashes and aviation safety.

In an audio recording of air traffic control that French officials say is of the incident, a pilot says, "the airplane was just kind of out of control."

The incident happened on Tuesday, April 5, according to a BEA tweet that reported "instability of flight controls on final, go-around, hard controls, flight path oscillations."

The BEA did not give CNN further details as to what caused the incident or why it qualified as "serious," adding that it had to wait for the end of the investigation. The tweet said the agency is analyzing flight data from the cockpit voice recorder and flight data recorder, known as the black back boxes.

But it authenticated an audio recording posted online of communication between the flight's pilot and the control tower.

The recording was edited to isolate the flight's audio and posted online by the privately run, aviation-focused website AIRLIVE, which tells CNN it had direct access to recordings of Paris Charles de Gaulle's Air Traffic Control.

What's heard in the recording

In the recording, a voice that is apparently a pilot is heard saying "stop, stop" as an alarm sounds in the cockpit.

The pilot is then heard reporting to controllers the decision to abandon the landing.

"We went around following a problem with commands. The airplane was just kind of out of control," the voice is heard saying. "We are ready to resume final approach with radar guidance. Give us time to manage the situation, then guide us with tailwind."

As the plane was approaching the airport, there were "two or three sudden jolts," passenger Pierre-Loïc Jacquemin told CNN's French affiliate BFMTV.

"There were people shouting in the cabin" at the time of the incident, he said.

"Afterwards, the plane came back up. We circled for 10 minutes above the airport, and the second attempt was really gentle. We weren't jostled like the first one," the passenger added.

The nearly seven-hour Air France flight 11 from New York's John F. Kennedy International Airport was aboard a French-registered Boeing 777 aircraft, according to tracking data from the aviation websites FlightAware and FlightRadar24, which shows the 17-year-old plane landing after the second attempt.

Boeing spokesman Paul Lewis referred questions about the incident to the BEA.

As a US-manufactured aircraft, an official investigation into the incident would involve the participation of the US National Transportation Safety Board.

The board has appointed an official to participate in the French-led investigation, NTSB spokesman Peter Knudson told CNN. He said the French BEA has been in touch with the NTSB.

This development does not necessarily mean officials from the NTSB will physically travel to Paris.

The US Federal Aviation Administration also did not have an immediate comment on the incident.

Air France did not immediately respond to CNN's request for comment, and it's unclear how many people were aboard the flight when the incident occurred.