Freezing Thanksgiving pies and boiling beans: How Americans are coping with rising prices 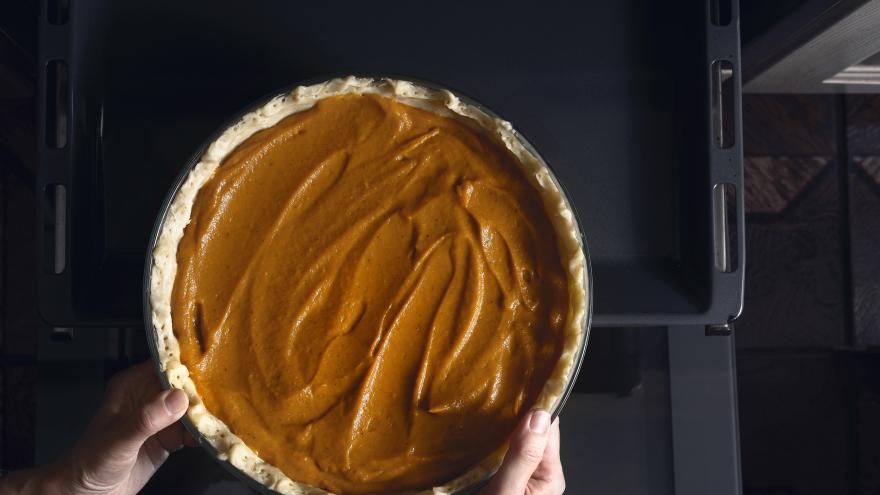 (CNN) -- Though Thanksgiving is still two weeks away, Travis Moffatt and his fiancée, Britnie Walston, have already purchased three apple pies for their family dinner and socked them away in the freezer.

The Baltimore couple wanted to make sure they could secure the dessert before grocery prices rise any more or the pies disappear from the supermarket. They are paying $5 for almond milk and $7 for cereal, each up $2 in recent weeks, and are shelling out more for eggs, water, juices, broccoli, frozen dinners and other items.

Moffatt, 32, is feeling the pinch of consumer price inflation, which has climbed 6.2% over the past 12 months, the biggest increase in more than 30 years. Unemployed since the start of the pandemic, he receives $250 a month in food stamps.

"That's going rapidly due to the rising cost of groceries," said Moffatt, who this week landed an offer for a contract job helping small businesses apply for federal loans.

RELATED: America's prices are surging more than they have in 30 years

Though employers have been hiking wages in hopes of filling their multitude of open positions, workers are actually worse off than before the coronavirus pandemic began.

The rising prices are also sapping consumers' confidence. They expressed greater uncertainty about the year-ahead inflation rate than at any time in nearly 40 years, according to October's University of Michigan consumer sentiment survey. That concern helped offset the positive impact of higher income expectations and the receding pandemic.

What's more, a decline in living standards due to rising inflation was spontaneously mentioned by 1 in 5 households, particularly older and poorer Americans, the survey found.

"For now, people are unhappy and inflation is why," said Josh Bivens, director of research at the left-leaning Economic Policy Institute, who believes that price hikes will moderate next year.

For those living on fixed incomes, the rise in prices is particularly hard to handle. Sharon Henderson, 69, has turned to YouTube to learn how to shop and cook more economically since she and her husband, Paul, rely on Social Security and a small pension. Their grocery bill has shot up to around $300 a visit, instead of the roughly $200 it was prior to the pandemic.

Henderson, who lives in Milwaukie, Oregon, has started boiling beans and making her own burritos, instead of buying the frozen ones at the supermarket. She's cooking casseroles and purchasing fewer organic frozen meals at Safeway.

The daily trips the Hendersons took to their local coffee shop for a cup of joe, sandwich and a treat are down to three times a week. The price of the coffee has risen 60 cents in the last few months, she said.

The couple also had to slow the remodeling of their manufactured home after lumber prices skyrocketed from $10 to $97 for a sheet of plywood earlier this year. They've restarted the work since prices have fallen. A sheet now costs $14.

"It's a lot of nickel and diming, but those nickels and dimes add up," said Henderson, who worked as a graphic designer until she lost her job last fall. "It's scary. We have a little bit of savings, and I'm worried that all that's going to be gone."

Higher prices for other building materials, along with supply shortages, are making it harder for Wally Izzard, a union roofer, to land jobs. The Columbia, Missouri, resident has worked only sporadically since the end of the summer.

At the same time, gas prices have shot up, so he's cut back on nonessential travel. He doesn't know the next time he'll make the 10-hour drive to see family in Colorado.

Izzard, 42, filled up his 2017 Hyundai Sonata this week and was surprised to see it cost $40, even though he'd still had a quarter tank of gas.