Fred Cox, former Vikings kicker and inventor of the Nerf football, dies at 80 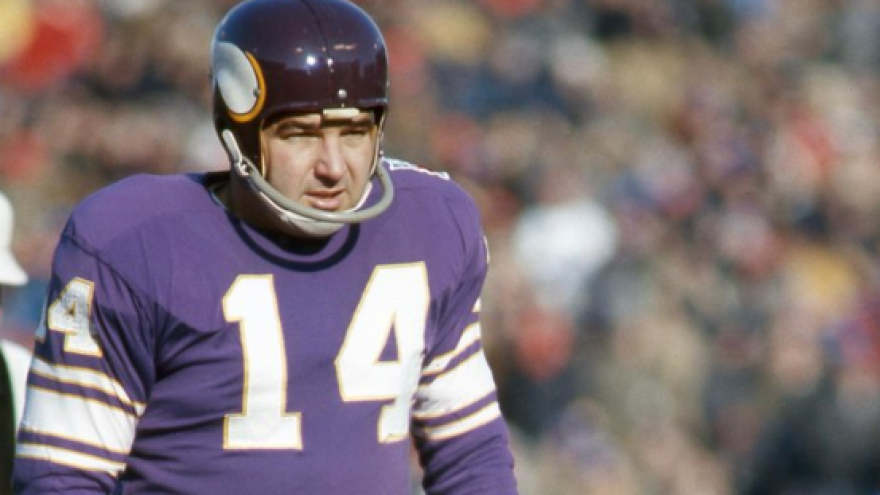 (CNN) -- Fred Cox, a former kicker for the Minnesota Vikings and inventor of the Nerf football, has died at age 80.

The Vikings announced his death on its website, saying it happened Wednesday.

The Pennsylvania native played 15 seasons for the Vikings and was described by the team as "one of our proudest legends and a member of the 50 greatest Vikings."

"A respected teammate and friend, Fred's football career as the Vikings all-time leading scorer set the stage for a life where he went on to achieve great things in business and in his community," the team said in a statement. "Fred's positive energy, strength in his faith and passion for life will be missed."

Cox was drafted in the eighth round by the Cleveland Browns in the 1961 NFL draft, according to the league's website. He got into kicking after he sustained a back injury, working with future Hall of Famer Lou "The Toe" Groza. Cox was traded to the Vikings in 1962, but didn't make the final roster, according the team's site. He was invited back for a tryout in 1963.

Cox invented the Nerf Football in 1972. The foam-filled football helped "young people everywhere to play with a soft and safe ball that behaves similar to the ones that Cox kicked all those seasons," the Vikings said on its website.

"The weight was right," Cox said in an earlier Vikings article. "When you threw it, it flew like a football."

Cox was also a chiropractor and had a successful business until he retired at age 50, according to the Vikings.