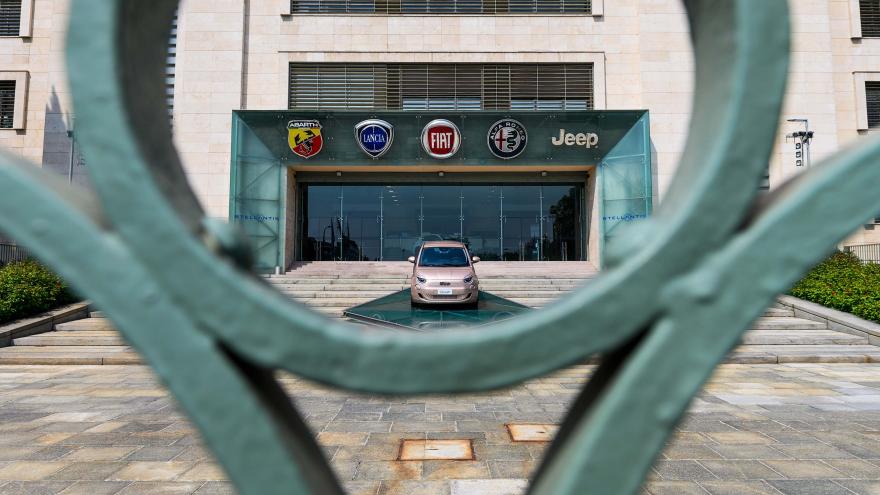 (CNN) -- Foxconn is partnering with automaker Stellantis to develop technology for vehicle cockpits, in the latest sign of the iPhone maker's ambitions to grow in electric car manufacturing.

The 50/50 joint venture, known as "Mobile Drive," brings together Foxconn's might in mobile software and consumer electronics with Stellantis' vehicle design and engineering expertise to create a user experience akin to using a smartphone.

Stellantis was formed from the merger of Fiat Chrysler and France's PSA Group. Its brands include Peugeot, Dodge, Ram, Alfa Romeo, Jeep and Citroën.

While Foxconn will initially develop smart cockpit solutions for Stellantis brands, the plan is to sell the technology to other carmakers.

"The joint venture will operate as an automotive supplier, competitively bidding to supply software solutions and related hardware for Stellantis and other interested automakers," the companies said in a statement on Tuesday.

The deal comes after Foxconn and Fiat Chrysler last year confirmed a possible joint venture to produce electric vehicles in China. The partnership was delayed by the Fiat Chrysler-PSA Group merger and the companies did not comment Tuesday on whether they are exploring an electric vehicle.

Foxconn, a Taiwan-based electronics manufacturer best known for its contract with Apple, is on a major electric car offensive. The company is in talks with California electric car company Fisker to develop an electric vehicle and in January announced a deal with Geely, the Chinese parent company of Volvo and Lotus, to develop and produce vehicles for other automakers.

The developments are further evidence of the broader disruption that traditional auto manufacturers face from electronics giants and tech companies as sales of electric vehicles accelerate rapidly. Apple, for example, is also reportedly trying to break into the auto industry.

"The vehicle of the future will be increasingly software driven and software defined," Foxconn chairman Liu Young-Way said on Tuesday.

Volkswagen and Ford are investing billions into manufacturing electric vehicles, widely viewed as the future of road transportation as a growing number of countries move to phase out diesel and petrol cars.

Volkswagen, which could dethrone Tesla as the king of electric cars as early as next year, unveiled a massive expansion of battery production in March in order to secure supply and drive down production costs.