Foxconn expects iPhone production to return to normal this month 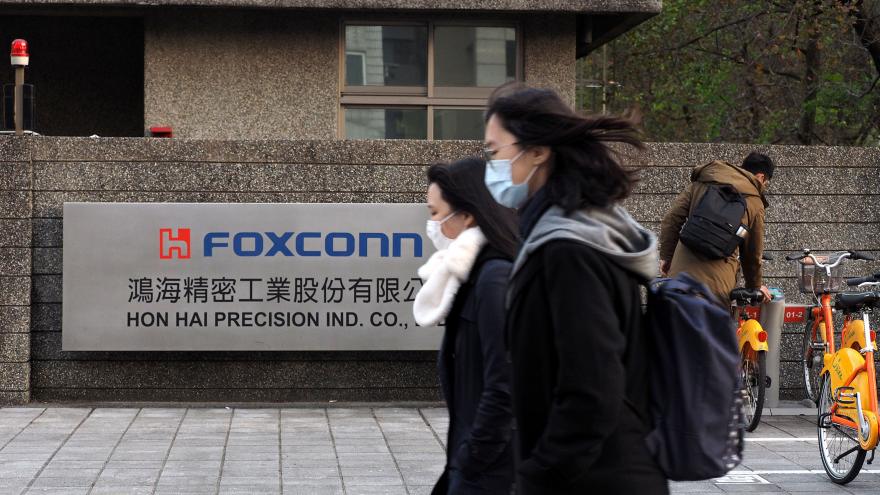 (CNN) -- Foxconn, the main assembler of Apple products such as the iPhone and iPad, expects to resume normal production by the end of the month after the coronavirus outbreak forced it to close factories in China in late January.

Butcompany chairman Liu Young-Waysaid during an earnings call with investors that there are still "plenty" of uncertainties and the company could not yet quantify the impact of the lengthy shutdown on full year earnings.

For now, Liu said there will be "significant, negative year-on-year impact for all our core business segments" for the three months ending in March. Asked if the first quarter would be profitable, Liu said: "I cannot tell you at the moment."

The coronavirus has killed more than 3,100 people so far, including 173 deaths outside of mainland China. It has sickened nearly 91,000 people, the vast majority in China.

Foxconn, also known as Hon Hai Precision Industry, employs hundreds of thousands of people. About 75% of its production capacity in mainland China, according to brokerage firm KGI Asia.

The manufacturer said that as of Tuesday, it is producing at about 50% of capacity.

Like other manufacturers in mainland China, Foxconn has struggled to get factories up and running again. In an effort to contain the virus, millions of people across China remain under travel restrictions, and requirements to resume factory operations vary according to local governments. As a result, Foxconn's plants "are short on workers and key components," Arthur Liao, an analyst with Fubon Research, wrote in a note last month.

"We don't see the supply chain as a big problem, we see labor as still the number one issue right now," Foxconn's Liu said Tuesday.

Fubon Research and KGI Asia both predict Foxconn's first quarter sales will fall below one trillion Taiwan dollars ($33.3 billion), which would mark the company's worst quarterly performance since June 2017.

KGI Asia analyst Laura Chen estimated in a note last month that Foxconn sales will fall to 942.5 billion Taiwan dollars for the first quarter, down 10% compared to the same period a year earlier. The second quarter will also see a decline of 8% on the year, according to Chen.

Foxconn's reduced production capacity will also likely delay the launch of Apple's lower priced iPhone SE2, which was expected this month or next, according to Chen.

Apple did not immediately respond to a request for comment. The company warned last month that its revenue for the March quarter will take a hit because the outbreak is limiting how many devices it can make and sell in China.

Once things are back to normal, Foxconn will be clambering to make up for lost time, as its woes will likely have knock-on effects for some of the biggest brands in electronics. Aside from Apple, the company also manufactures products for companies such as Microsoft, Dell and Sony.

Even in a normal year, US electronics companies "are in a scramble to have their products manufactured and in place" for consumers to buy during peak periods of demand — typically June and the Christmas season, according to Dan Wang, technology analyst at research firm Gavekal Dragonomics.

"Electronics production is a highly choreographed affair that depends on getting thousands of components in the right place at the right time, so any upstream bottlenecks can easily cause delays to cascade down the supply chain," Wang wrote in a research note last month.

The disruption to Foxconn's operationshasprompted questions about whether the company should ramp up manufacturing outside of mainland China. Liu said that being less reliant on one country going forward is "the way to go."

Pressed on how much of Foxconn's operations he would want to shift to other countries, Liu said how the US-China trade war develops would be a key factor in that calculation.

"It really depends on whether [US President Donald] Trump will get elected. If he's elected, I think the percentage would be higher," he said.