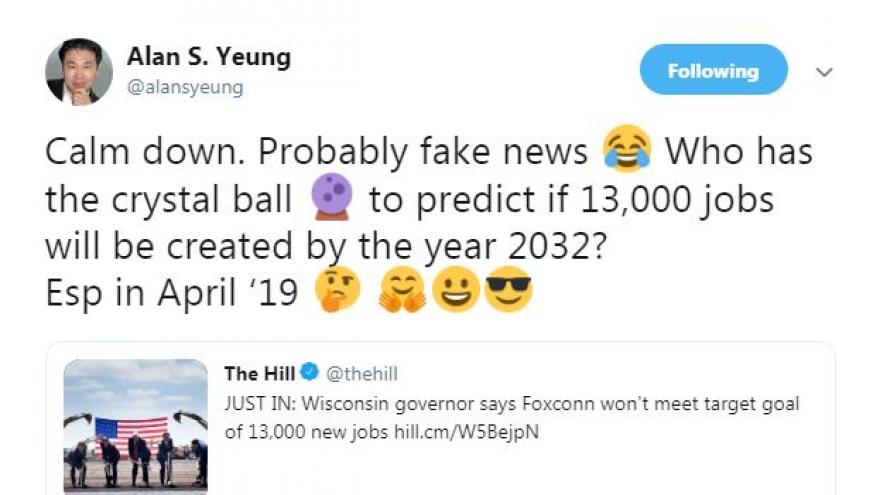 MADISON, Wis. (AP) — Foxconn Technology Group's director of U.S. strategic initiatives is saying that no one can predict whether the company will employ 13,000 people as it has repeatedly promised.

Alan Yeung's tweet from Wednesday was in response to an article reporting on Gov. Tony Evers saying he didn't think Foxconn would employ 13,000 people.

Foxconn could earn nearly $3 billion in taxpayer-funded credits if it has 13,000 workers and invests $9 billion by 2032 in Wisconsin.

Yeung tweeted "calm down" in response to the Evers story. Yeung says, "Who has the crystal ball to predict if 13,000 jobs will be created by the year 2032?" He says that was especially difficult to do in April 2019.

The tweet included emojis depicting a crystal ball, a quizzical face, a smiling face and a face with sunglasses.