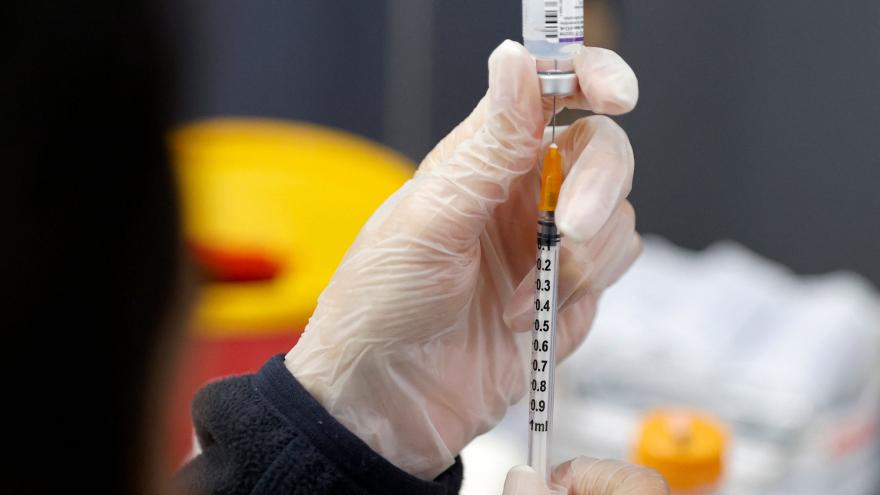 (CNN) -- Early data out of Israel suggests that a fourth dose of either the Pfizer/BioNTech or Moderna coronavirus vaccine can bring an increase in antibodies -- more than what's been seen after a third dose -- but it still might not be enough to protect against breakthrough infections caused by the Omicron variant.

"These are very preliminary results. This is before any publication, but we're giving it out since we understand the urgency of the public to get any information possible about the fourth dose," Dr. Gili Regev-Yochay, director of the Infection Prevention and Control Unit at Sheba Medical Center, told reporters during a virtual news conference Monday about the data.

"We have a follow-up of the Pfizer vaccine for two weeks now, and we have a follow-up of the Moderna vaccine just for one week at this time point. And what we see is that the Pfizer vaccine, after two weeks, you see an enhancement or increase in the number of antibodies and neutralizing antibodies -- a pretty nice increase. It's even a little bit higher than what we had after the third dose," Regev-Yochay said. "Yet, this is probably not enough for the Omicron."

In December, Sheba Medical Center started trialing a fourth dose of the vaccines for healthy people ahead of the rollout of the additional booster shot to at-risk people, making it the first study of its kind.

Regev-Yochay said that although the researchers saw an increase in antibodies among those who got fourth doses, the level of antibodies needed to protect against infection from Omicron "is probably too high for the vaccine, even if it's a good vaccine." Still, she said that slightly fewer infections were observed among those who got the vaccine, compared with the control group.

There was no significant difference among those who received the Pfizer/BioNTech dose versus Moderna, Regev-Yochay added.