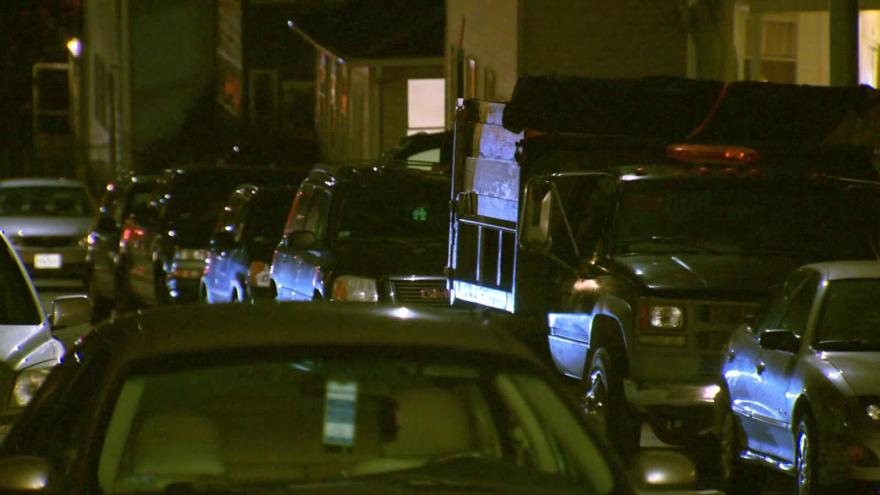 Worcester Police first responded to a call of "assault with a brick" on Sunday afternoon, the department said in a statement. Officers found a man with "very serious, permanent injuries" to his face.

The 37-year-old man said someone threw a brick at his vehicle, which struck his windshield and hit him in the face. The man was taken to a hospital for his injuries, though his condition is unknown, police said.

While investigating the initial case, police received more calls about passengers of a red SUV chucking bricks at other cars in the area. Police discovered the SUV was stolen, and an officer spotted it on the road. The SUV sped up once police started following it and eventually stopped, and two male occupants got out and fled on foot. Two female occupants stayed in the SUV.

After a brief pursuit, police arrested two boys, ages 15 and 16, and two girls, also ages 15 and 16, in connection with the brick tossing. In total, the teens struck 19 cars with bricks, police said.

All four of them were charged with aggravated assault and battery with a brick, five counts of assault with a dangerous weapon, mayhem, conspiracy, 19 counts of malicious damage to a motor vehicle, throwing missiles at a train or bus and resisting arrest.

The 16-year-old boy was also charged with carrying brass knuckles unlawfully and carrying a dangerous weapon when arrested.