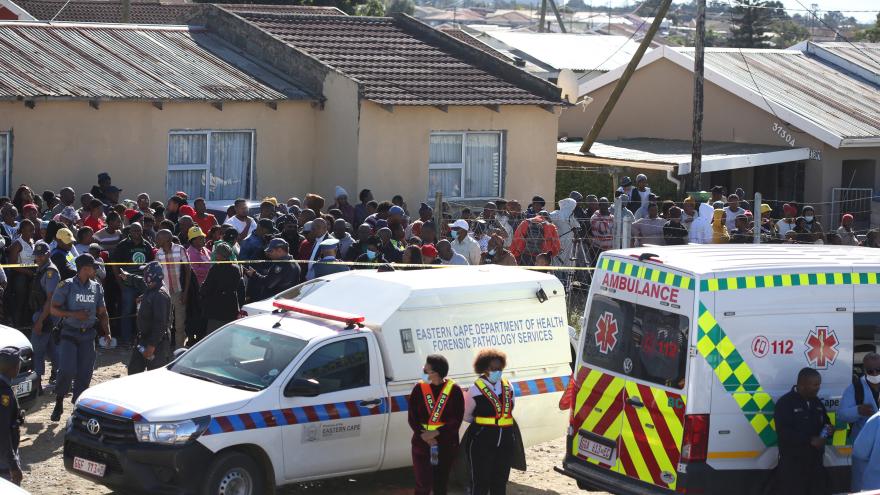 (CNN) -- Four people in South Africa's East London town remain in critical condition after attending a party that turned tragic. The Eastern Cape Premier's office tells CNN that the four remain under observation in hospital and authorities are waiting to question them.

Investigations continue into the cause of the death of the minors, the youngest of whom was only 13.

Rantjie says the owner of the tavern has not been arrested but the province's Liquor Board will shut down the pub Monday to allow for investigations to be completed.

South African Police said Sunday that it is deploying 'maximum resources' to investigate the circumstances surrounding the death of the teenagers at the tavern.

South Africa's President Cyril Ramaphosa expressed his condolences to the families of the victims.

"While the President awaits more information on the incident, his thoughts are with the families who have lost children as well as families who are awaiting confirmation of how their children may have been affected," a statement from the presidency said.

The President expects the law to take its course following investigations into the tragedy, the statement added.