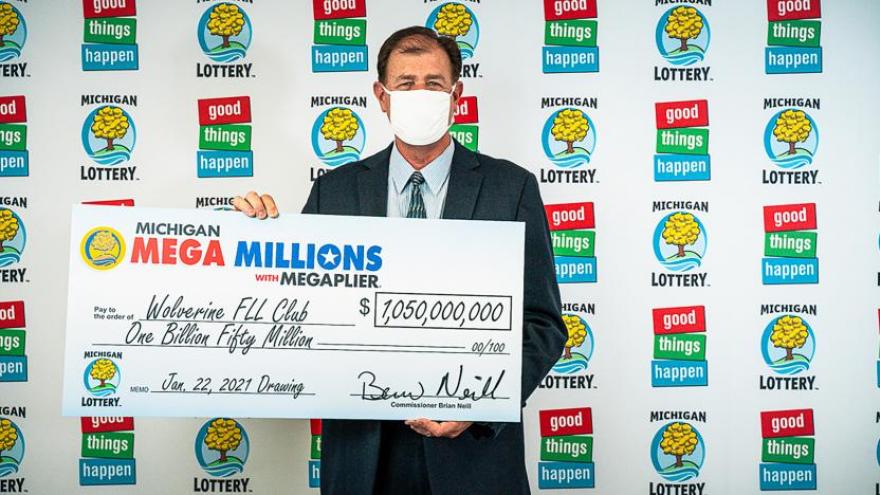 The names of the four people who won $1.05 billion Mega Millions jackpot in Michigan on January 22 have not been released.

"A club member saw a sign that the jackpot was up to $1 billion and remembered that they hadn't bought their tickets yet, so they pulled into the Kroger," the club's representative and attorney, Kurt D. Panouses, said in a press release.

The group chose to receive the prize in a lump sum payment of $776 million, officials said. After taxes, the club will take home $557 million.

"This kind of money will impact the families of our club members for generations to come. We plan to stay humble and pay it forward through charitable giving in southeast Michigan," Panouses said.

The winning ticket was purchased at a Kroger in Novi, Michigan.

Kroger received a $50,000 bonus commission for selling the ticket, but the store plans to donate the money to the Food Bank Council of Michigan.

"Kroger is committed to our mission of feeding our communities," said Rachel Hurst, corporate affairs manager for the Kroger Co. of Michigan.

"When you play of course you dream of winning, but the reality of it has been incredible," Panouses said.

The largest lottery prize ever was $1.586 billion split by three tickets in January 2016. The second-largest prize was a Mega Millions ticket that won $1.537 billion in October 2018.