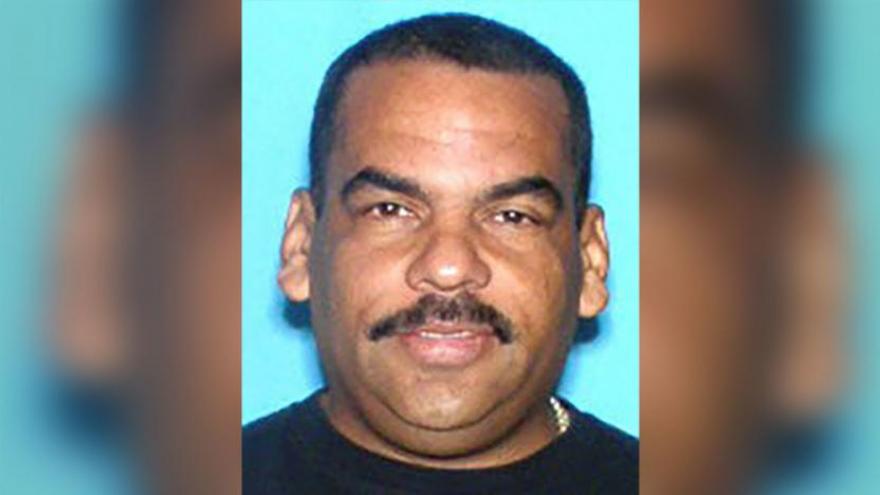 Miami-Dade police had been looking for Ernesto Caballeiro, who they believe took his infant son from a Miami home. A man matching the description was found dead 300 miles northwest of Miami.

(CNN) -- The disappearance of a 1-week-old baby took several twists Wednesday when the man who police think took the boy was found dead off a Florida highway and police said they are looking for information about a woman who might have been in a van with him.

The newborn, Andrew Caballeiro, has been missing from his Miami home since Tuesday and authorities have issued a Florida Amber Alert as they continue to look for him.

Law enforcement officials think Andrew was taken by his father, Ernesto Caballeiro, who was found dead Wednesday in the woods near his van, hundreds of miles away.

He had what appeared to be a self-inflicted wound from a rifle to his head, Pasco County Sheriff Chris Nocco told reporters.

Bloodhounds and officers looked for Andrew but couldn't find him.

"At this time there were no signs of the baby," the sheriff said.

Adding another layer of mystery to the story is a witness report that there was a blonde woman in Caballeiro's van.

"I promise you all we care about is that little Andrew is OK."

He said the witness was going to help police come up with a composite sketch.

Nocco said a baby's pacifier was found in the van, but a pick ax was missing.

The van was found not far from Interstate 75 in Blanton. Nocco said investigators are trying to determine whether the spot was a meeting place for Caballeiro and the blonde woman.

The three deceased women were found by a relative, police said.

They were identified as Arlety Garcia Valdes, 40; Isabela Valdes, 60; and Lina Gonzalez, 84.

Police did not disclose the relationship between Caballeiro and the women. Pasco County is about a 300-mile drive from Miami.