Four flight attendants were arrested in Miami's airport after bringing in thousands in cash, police say 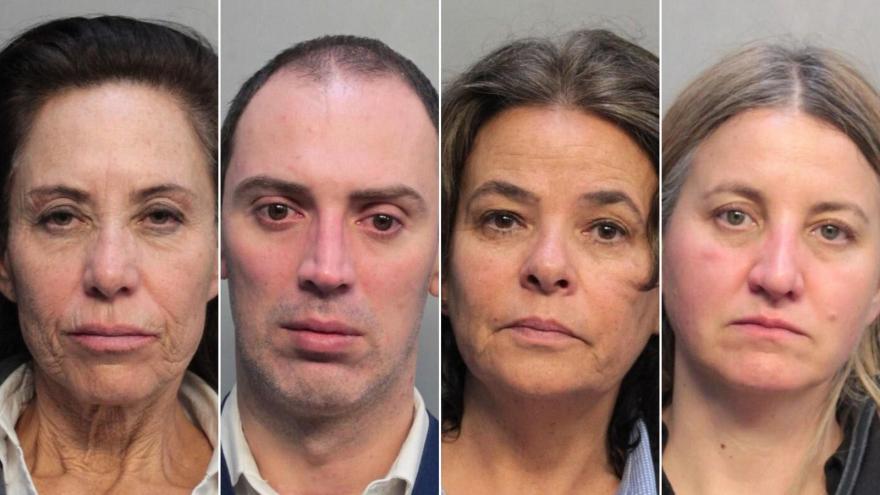 Four American Airlines flight attendants were arrested at Miami International Airport for money laundering during a routine customs check on Monday, Oct. 21, according to a police report from Miami-Dade police.

(CNN) -- Four American Airlines flight attendants were arrested at the Miami International Airport and charged with money laundering after bringing large amounts of cash into the country, police said.

The airline says it's working with law enforcement on their investigation.

The flight attendants were going through a routine customs check Monday during the time of their arrest, according to a Miami-Dade police report.

One Customs and Border Patrol Agent was checking Carlos Alberto Munoz-Moyano, who had arrived on an incoming flight from Chile. The agent asked him how much money he was carrying, and Munoz-Moyano said he had $100, the police report said.

He later changed his statement and said he had $9,000, according to the police report.

The agent alerted other agents, who found other attendants from the same fight carrying large amounts of money, the report said; none had a license to transport the cash.

The police report has redacted what the flight attendants admitted to when they were interviewed by a Homeland Security Agent.

Police didn't allege whether the fourth flight attendant charged, Maria Beatriz Pasten-Cuzmar, had any money on her, and it's unclear what role they believed she played.

The four defendants were charged with money laundering by evading reporting requirements and being unauthorized money transmitters.

CNN is reaching out to attorneys for the defendants for comment.

It is not clear whether or how much money the other defendants reported bringing into the US. The total amount of money seized was $22,671.