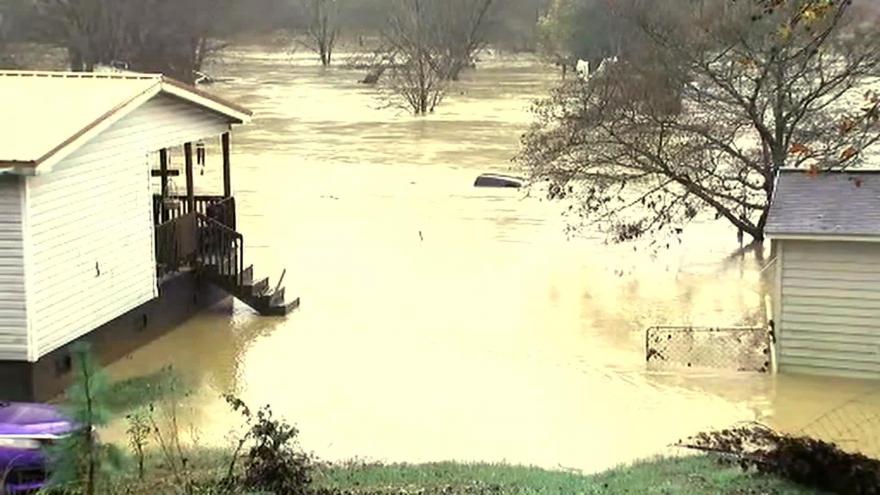 (CNN) -- At least four people have died and 31 have been rescued after heavy rains inundated Alexander County in the western Piedmont region of North Carolina, officials said Thursday.

Three bodies were recovered at the Hiddenite Family Campground on the South Yadkin River after 7 to 10 inches of rain caused major flooding.

Another person died in a car accident where a bridge was damaged near Vashti, according to county officials. At least four bridges in Alexander County, about 50 miles northwest of Charlotte, have been washed out and 50 roads have been "compromised," officials said.

Swiftwater rescue personnel had to evacuate 31 people from Hiddenite Family Campground, and crews are still looking for an adult and a child. Doors to the campers cannot be opened due to high water, the county said.

Alexander County Emergency Services has opened a storm shelter for those affected by the flooding, and it is currently sheltering 13 people, according to the latest update from the county.

Video from CNN affiliate WSOC showed water up to the window in one house near the South Yadkin River, while a car parked nearby was all but submerged.

The heavy rain came from a combination of a cold front and moisture from Tropical Storm Eta, according to CNN Meteorologist Taylor Ward.