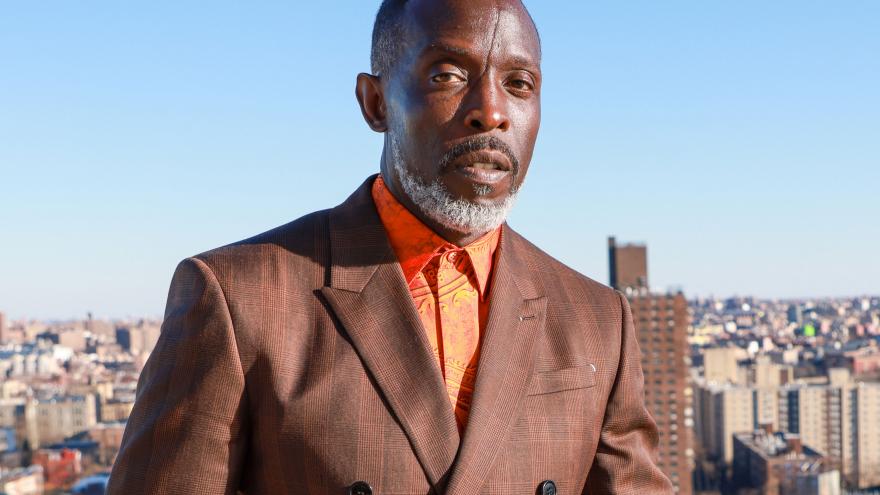 (CNN) -- Four men have been arrested for allegedly being part of a drug trafficking organization that sold deadly fentanyl-laced heroin to actor and producer Michael K. Williams, according to a press release from the United States Attorney's Office of the Southern District of New York.

Williams, best known for his role as Omar Little on HBO's "The Wire," was found dead in September 2021 at his New York City apartment.

Irvin Cartagena, 39, Hector Robles, 57, Luis Cruz, 56, and Carlos Macci, 70, were arrested on Tuesday and were each charged with "conspiracy to distribute and possess with intent to distribute fentanyl analogue, fentanyl, and heroin," according court filings. The charge carries a mandatory minimum sentence of five years in prison and a maximum sentence of 40 years.

The four men allegedly continued selling fentanyl-laced heroin in Manhattan and Brooklyn even after learning of Williams' death, according to prosecutors

"Deadly opioids like fentanyl and heroin don't care about who you are or what you've accomplished," said US Attorney Damian Williams in a statement. "They just feed addiction and lead to tragedy. The Southern District of New York and our law enforcement partners will not give up. We will bring every tool to bear. And we will continue to hold accountable the dealers who push this poison, exploit addiction, and cause senseless death."

Cartagena, who allegedly personally gave Michael K. Williams heroin laced with fentanyl and a fentanyl analogue, is also charged with causing the actor's death and faces a minimum sentence of 20 years in prison and a maximum sentence of life in prison, according to court filings.