Fotis Dulos has been declared dead, his lawyer says 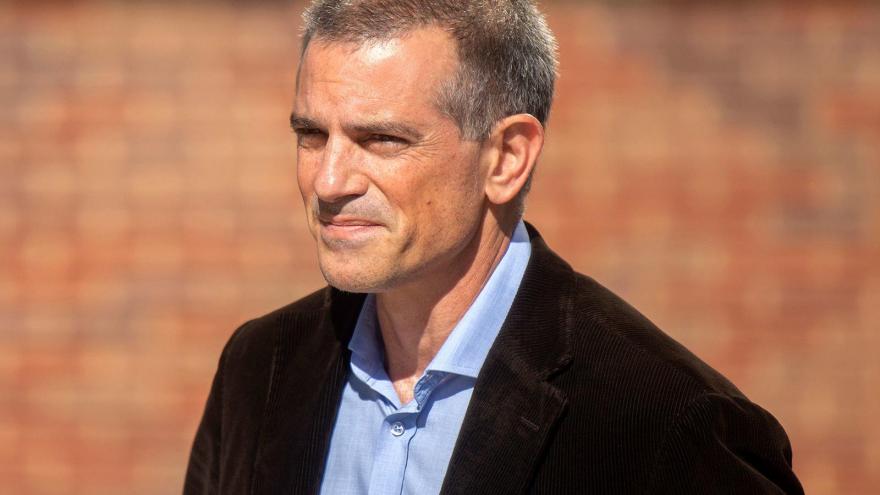 Fotis Dulos, who is charged with killing his estranged wife, was declared dead Thursday, his attorney says.

(CNN) -- Fotis Dulos, who was charged with killing his estranged wife, was declared dead Thursday, his attorney said.

Authorities believe Dulos made an apparent suicide attempt Tuesday, according to two law enforcement sources. He was in "dire" condition Wednesday at a New York hospital, his attorney said, and he was in a hyperbaric chamber.

"His family came in from Greece and decided today to donate his organs so that he will live on in some form in the assistance that he can provide to others in their own individual struggles," Norm Pattis told reporters Thursday.

The estranged husband of Jennifer Farber Dulos failed to appear at an emergency bond hearing Tuesday after one of the properties used to secure his $6 million bond was determined to be in foreclosure and didn't meet the bond requirement set by the court.

Officers later found him at his Farmington, Connecticut, house in distress and called for an ambulance. Fotis Dulos, 52, was initially taken to a local hospital for treatment of carbon monoxide poisoning and then transferred to the hospital in New York.

A Superior Court judge Wednesday ordered three re-arrest warrants for Dulos and increased his bond to $6.5 million because he missed his court hearing. At the hearing, Pattis agreed to waive extradition proceedings to allow Dulos' family to have access to him during his hospitalization.

Pattis said Thursday that Dulos "was tried and convicted in the court of public opinion."

"Now, he has been executed," Pattis said.

Pattis added Dulos' family was "adamant that his name be cleared" and that defense attorneys had filed a motion asking the courts to substitute Dulos' estate as the defendant in the murder case.

"It'll be a difficult challenge to persuade the state of Connecticut to go forward with a trial in the absence of a defendant," Pattis said. "But having maligned the man for all time from coast to coast -- and if not there, around the world -- we're asking for the right to clear his name."

Dulos' attorneys wrote in the motion that after his suicide attempt, authorities discovered a note in which Dulos reiterated his innocence and claimed his attorneys had evidence to prove it.

Dulos' sister, brother in-law and a close friend were in the room when he was declared dead, along with Kevin Smith, another attorney representing him, Pattis told CNN.

"This is a horrific tragedy all around," Carrie Luft, a spokeswoman for Jennifer Farber Dulos' family and friends, said in a statement.

Jennifer Dulos, a 50-year-old mother of five, disappeared in May 2019 in New Canaan, Connecticut, after she dropped her children off at school. Investigators found her car near a park not far from her home, but she has not been seen or heard from since, and officials now believe she is dead.

She and Fotis Dulos were in the midst of a bitter custody battle. Jennifer Farber Dulos moved out in 2017 to a home in New Canaan and filed for divorce, court records show. She told officials she was afraid of her husband, according to court documents obtained by CNN.

"I know that filing for divorce and filing this motion will enrage him," she said, according to the documents. "I know he will retaliate by trying to harm me in some way."

Fotis Dulos denied making any threats or bullying her, according to court filings.

He and his then-girlfriend, Michelle Troconis, were arrested in June and charged with tampering with or fabricating evidence after investigators found blood stains and evidence of attempts to clean the crime scene, officials said. They pleaded not guilty.

Earlier this month, he was arrested on murder and kidnapping charges and again pleaded not guilty. Troconis, as well as Dulos' friend and former attorney, Kent Mawhinney, have also been arraigned on a charge of conspiracy to commit murder. Neither has entered a plea yet.

Pattis had said he was shocked after learning of his client's apparent suicide attempt.

"I saw nothing that led me to believe that," he said. "I look back and wonder what I missed."