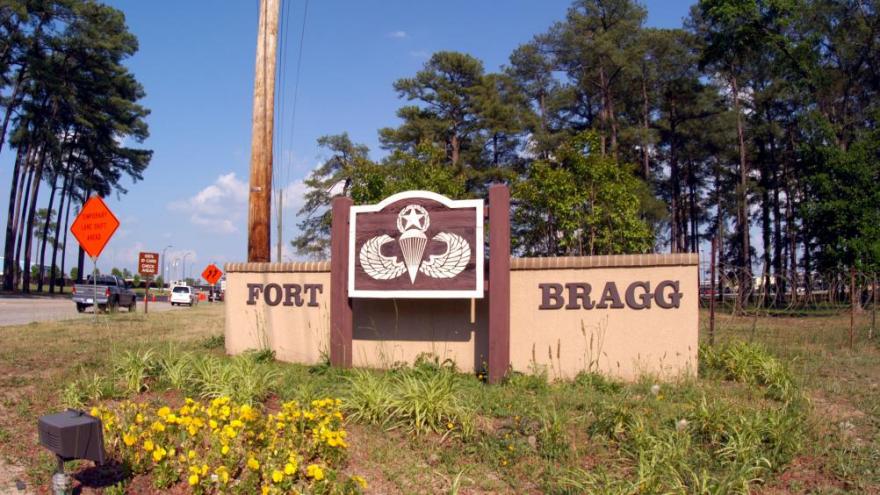 The severed head of a 21-year-old solider from Fort Bragg, North Carolina, washed ashore near Cape Lookout National Seashore, an autopsy of the soldier shows.

(CNN) -- A severed head that washed ashore near Cape Lookout National Seashore in North Carolina last May was that of a 21-year-old soldier from Fort Bragg, an autopsy found.

Enrique Roman-Martinez, a paratrooper with the 82nd Airborne Division, was last seen May 22 at a campsite on South Core Banks, one of the islands that make up Cape Lookout National Seashore, US Army Criminal Investigation Command (CID) spokesperson Chris Grey told CNN.

Roman-Martinez's friends reported him missing the evening of May 23 and found his phone and wallet at the campsite.

Roman-Martinez's severed head washed ashore May 29 in the area where the tides have washed up other remains in years past, according to a CID spokesperson.

Roman-Martinez suffered multiple chop injuries to the neck and cervical spine, indicative of decapitation, according to an autopsy report from the Division of Forensic Pathology at East Carolina University's Brody School of Medicine.

Because the rest of his body was not recovered, medical examiners could not determine the cause of death, but based on autopsy findings it was determined Roman-Martinez's death was due to homicide.

Special Agents with US Army CID are working closely with several federal and local agencies on this investigation and increased a reward from $15,000 to $25,000 for any information leading to the apprehension and conviction of the person responsible for the death of Roman-Martinez.

Roman-Martinez was a Chino, California, native who was described by family members as "a hippie." It's the reason family and friends wore tie-dye to his vigil in August, according to CNN affiliate WTVD-TV.

"There is no honor in silence," Griselda Martinez, Roman-Martinez's sister, told WTVD at the time. "My brother had a family that loved him and is hurt every single day that he's not here. We implore anyone who knows anything to just speak up."

Officials are also investigating the deaths of a soldier and a veteran whose bodies were found Wednesday afternoon in a Fort Bragg training area, according to CID. The deaths are being investigated by CID as homicides.

Lavigne, who'd been in the army 19 years, was assigned to US Army Special Operations Command and was deployed multiple times to Afghanistan and Iraq in support of the Global War on Terrorism, according to a CID spokesperson.

Dumas was an Army veteran who had served at Fort Bragg, the spokesperson said.