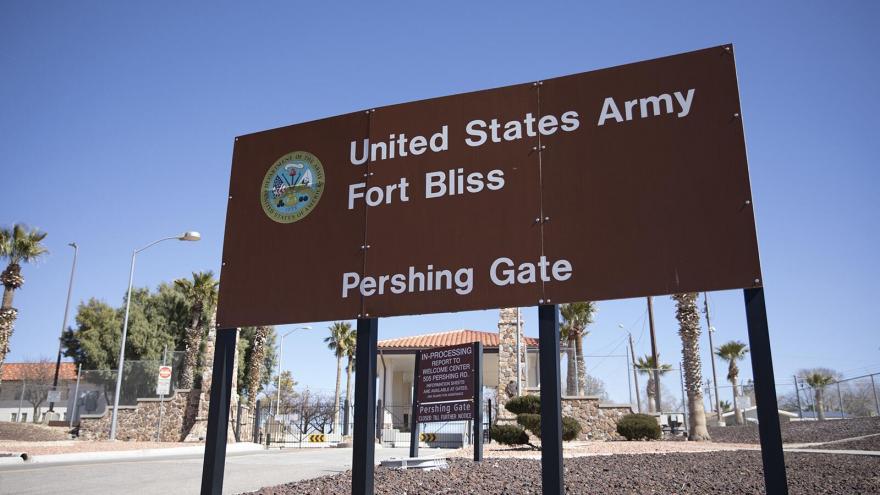 A Fort Bliss soldier faces a court-martial after the alleged sexual assault of a fellow solider who was found dead on New Year's Eve. Seen here, the U.S. Army's Fort Bliss in El Paso, Texas on Feb. 12, 2019.

(CNN) -- Officials at Fort Bliss have moved to court-martial a private first class accused of the sexual assault of a fellow soldier who was found dead on New Year's Eve.

Pfc. Asia Graham, 19, was found unresponsive in her barracks on December 31, Fort Bliss said in a press release issued January 2.

Special agents for the U.S. Army Criminal Investigation Command do not suspect foul play in her death, the release said.

Graham said the assault occurred in December 2019, according to the statement. Fort Bliss, which is located in El Paso, Texas, has not released the accused soldier's name.

Charges were preferred against the alleged offender on October 22, 2020, which includes one specification of sexual assault pertaining to Pfc. Graham, according to the statement.

On Friday, Maj. Gen. Sean C. Bernabe, 1st Armored Division commander, personally ordered the referral of charges against the soldier to a general court-martial, Payne said in a statement sent to CNN.

"A military judge will be detailed to the case to arraign the soldier and docket a trial date," the statement said. "More information will be available at the time of arraignment."

Pfc. Graham was a Human Resource Specialist who joined the US. Army in July 2019 from Cherryville, North Carolina. Fort Bliss was her first duty station, the release said.

Following her report last June, the base command began an investigation and put in place a military protective order, as well as making sure that Graham and the accused soldier were not living in the same building or working in the same areas, Payne's statement said.

Graham's awards and decorations during her service include the National Defense Service Medal, Global War on Terrorism Service Medal, and Army Service Ribbon.