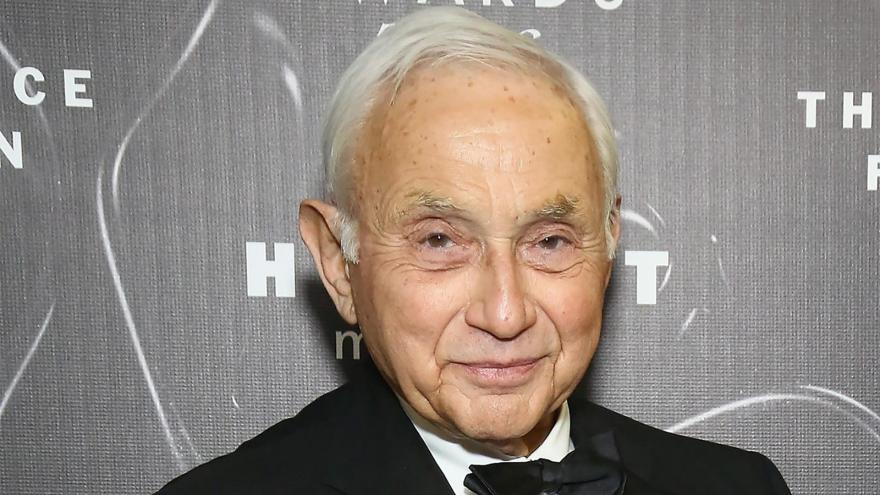 Les Wexner, the former head of the parent company that owns Victoria's Secret, has agreed to answer written deposition questions in a lawsuit involving Jeffrey Epstein accuser Virginia Giuffre and attorney Alan Dershowitz, but Dershowitz wants him to testify in person or on camera, according to newly unsealed documents.

(CNN) -- Les Wexner, the former head of the parent company that owns Victoria's Secret, has agreed to answer written deposition questions in a lawsuit involving Jeffrey Epstein accuser Virginia Giuffre and attorney Alan Dershowitz, but Dershowitz wants him to testify in person or on camera, according to newly unsealed documents.

Dershowitz's attorneys have subpoenaed Wexner to testify in person on September 4 in Columbus, Ohio, as well as requested documents involving Epstein, Giuffre, and correspondence with her attorneys. Dershowitz's attorneys outline documents they are requesting in one of the letters, including communications between Wexner and his attorney John Zeiger, and any attorney representing Giuffre, as well as documents concerning "any offer, agreement or promise Wexner made to help Epstein accusers." Wexner's attorneys have pushed back, saying much of the information Dershowitz's legal team is requesting is protected by attorney-client privilege.

The court documents were unsealed Monday by a federal judge in the suit between Giuffre and Dershowitz. Giuffre alleges that Epstein sexually abused her between 2000 and 2002 when she was a minor, and that he "lent" her out to others including Dershowitz for "sexual purposes," an allegation Dershowitz denies. Giuffre is suing Dershowitz for defamation for accusing Giuffre and her attorneys of hatching a scheme to falsely accuse Dershowitz of sex trafficking to extort money from Wexner.

Attorneys for Dershowitz are seeking to depose Wexner to try to prove that Giuffre's claims that Wexner sexually abused her were part of an extortion attempt, the documents show.

In a statement to CNN, Dershowitz called Giuffre a "serial liar."

"Giuffre's lies to try to get money are in the process of being exposed," Dershowitz said. "We know she swore under oath that she had sex with Wexner and had her lawyers contact Wexner about it. If her lawyers never pursued a claim it is because they recognized she lied under oath and perjured herself. We are going to prove that."

In a letter to the judge in the defamation case, Wexner's attorneys said "no extortion demand was ever made." They also said they have offered to have Wexner answer a written deposition question "confirming his lack of any relationship whatsoever with Ms. Giuffre."

His attorneys have also offered to make Zeiger available for testimony. Wexner is turning 83 years old around the time of the scheduled deposition and one letter points out he is at a heightened risk for Covid-19, and has been quarantining for the last several months during the pandemic.

Dershowitz's attorneys wrote that the heart of their case is that Giuffre accused Dershowitz of sexual abuse as part of a scheme to extort Wexner, and they insist upon deposing him and Zeiger in person.

Wexner has described Epstein as his former money manager in the past.

Epstein was indicted on sex trafficking charges in July 2019, and found dead in his Manhattan federal jail cell about a month later. He'd pleaded not guilty to one count of sex trafficking of minors and one count of conspiracy to engage in sex trafficking of minors, and prosecutors alleged he paid girls as young as 14 to have sex with him and that he worked with associates to lure young girls to his residences in Florida and New York. The indictment did not name any of the three alleged victims it mentions.

A statement from Wexner on The Wexner Foundation's website from July 2019 states that he was "never aware of the illegal activity charged in the indictment."

"Mr. Wexner is not a party to this litigation and no claims have been brought against him," Tom Davies, a spokesman for Wexner, said in a statement to CNN. "The litigation is between Mr. Dershowitz and Ms. Giuffre. We have offered to have Mr. Wexner answer a written deposition question, to make Mr. Zeiger available for a deposition, and to provide all documents responsive to the subpoenas under an unremarkable protective order. We believe this is more than a reasonable accommodation to Mr. Dershowitz's request."

Dershowitz's attorneys wrote that they have the right to get Wexner, under oath, making statements he's made in the press: that he has never met Giuffre, and that he had no knowledge of sex trafficking or other illegal activity by Epstein.

Wexner stepped down from his role as chairman and CEO of L Brands, the parent company for Victoria's Secret, in February and was named chairman emeritus of the company.

CNN has reached out to attorneys for Giuffre for comment. In the unsealed letters, her attorney Charles Cooper asks the court to allow the depositions of Wexner and Zeiger to proceed.

US District Judge Loretta Preska is expected to hold a conference with all parties in the defamation case on August 17.

Prosecutors in Epstein's criminal case have publicly stated since his death that they would hold anyone who was complicit with Epstein accountable. In July, SDNY prosecutors charged Epstein's onetime girlfriend and associate, Ghislaine Maxwell, for her role in recruiting, grooming and sexually abusing minors, saying she "assisted, facilitated and contributed" to Epstein's abuse of minor girls. At a court proceeding last month, Maxwell pleaded not guilty to charges.