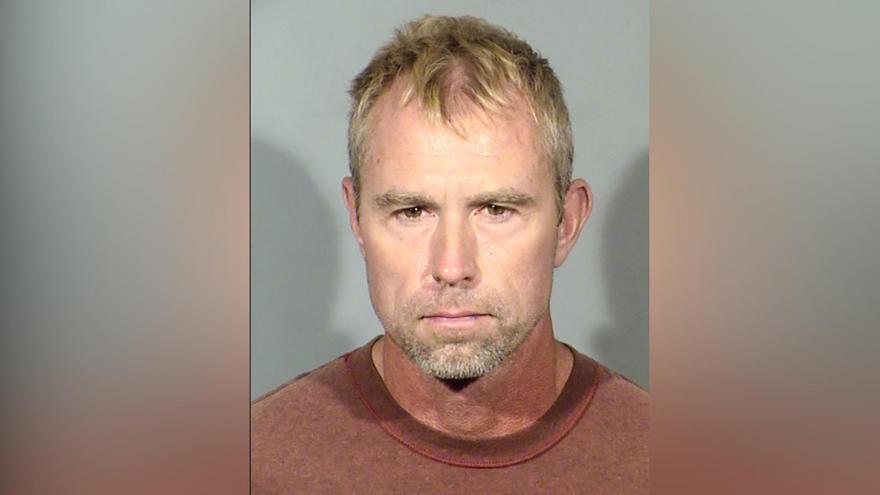 Terry Gray, 52, a former gymnastics coach charged with 14 counts of lewdness with a child under the age of 14.

(CNN) -- A former gymnastics coach was arrested in Las Vegas and faces 14 counts of lewdness with a child under age 14, authorities said

Court records show that the alleged incidents occurred between 2007 and 2013. CNN has reached out to his attorney.

Gray also coached at gyms in Cincinnati and Southern California, according to multiple reports. None of these current charges are related to those gyms.

In October 2019, he was suspended by USA Gymnastics for two years, according to the USA Gymnastics' website. CNN is reaching out to USA Gymnastics and US Center for SafeSport, the agency that has jurisdiction over allegations of sexual misconduct involving a minor for USA Gymnastics.

During a Congressional hearing in July 2018, Connecticut Sen. Richard Blumenthal asked then-president of USA Gymnastics, Kerry Perry, about Gray. At the time, he was the subject of a report by the Orange County Register showing he was still coaching at a club in Southern California after USA Gymnastics put him on an interim suspension as he was being investigated by US Center for SafeSport.

The report stated that the gym owner was unaware of his suspension. However, Perry said during the hearing that they had sent an email and first class mail to the gym about it.

An arrest warrant was issued on July 8 and Gray was arrested two days later, according to court records. Jail records show he is being held without bail and his first court hearing is scheduled for Monday.

Police are seeking additional victims and are asking anyone with information about his crimes to contact the LVMPD Sexual Assault Section at 702-828-3421.