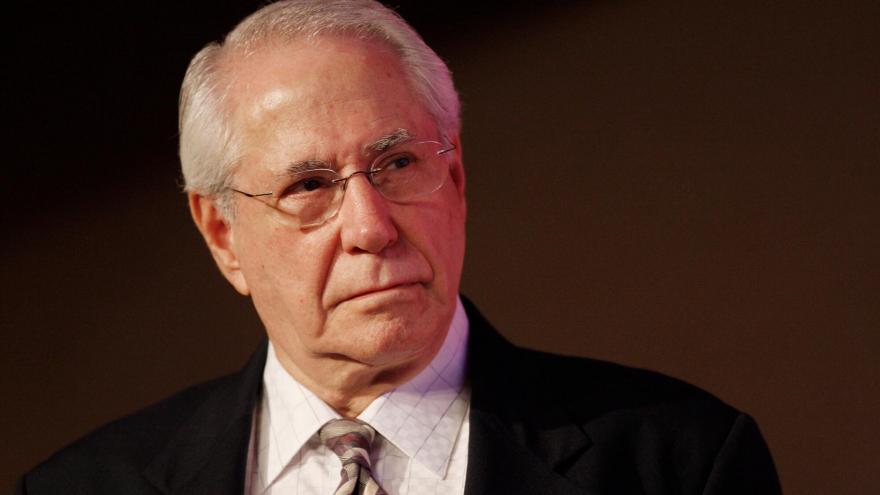 Former US Sen. Mike Gravel, an Alaska Democrat who garnered national attention by reading the Pentagon Papers into the Congressional Record and waged two unsuccessful bids for president, has died at age 91.

(CNN) -- Former US Sen. Mike Gravel, an Alaska Democrat who garnered national attention by reading the Pentagon Papers into the Congressional Record and waged two unsuccessful bids for president, has died at age 91.

Gravel's daughter, Lynne Mosier, confirmed his death to CNN in a text message on Sunday, remembering her father as a "terrific dad."

Born May 13, 1930, in Springfield, Massachusetts, Gravel served in the US Army as an adjutant in the Communications Intelligence Service in Germany and a special agent in the Counter Intelligence Corps in France from 1951 to 1954, according to a biography on his website. After his time in the military, Gravel graduated from Columbia University in 1956 with a Bachelor of Science degree in economics.

In 1971, Gravel gained nationwide attention after he read portions of the Pentagon Papers, a collection of leaked top-secret information about the Vietnam War, into the Congressional Record in an effort to end the war. The documents showed that senior leaders, including several presidents, believed? the war was unwinnable, and that the government had misled Congress and the public about its progress.

He launched an unsuccessful bid for the presidency as a Democrat in 2006, and later, after ending his campaign, announced he would switch to the libertarian party. After a failed long-shot campaign for the presidency in 2019, he endorsed Vermont Sen. Bernie Sanders.

The Gravel Institute, a progressive think tank founded by the former senator, also confirmed his death and remembered him in a tweet Sunday.

"We are sad to announce that Senator Mike Gravel passed away peacefully, surrounded by family, at his home in Seaside, California. He was 91, and had lived the fullest live (sic) anyone could have ever wanted. We will miss him every day," the institute said.

Gravel was also founder and chairman? of the nonprofit Democracy Foundation.